NPR's business news starts with an oil conference in Madrid offering no relief.

The price of crude oil broke yet another barrier yesterday. It closed at nearly $146 a barrel. The price hike came as oil ministers and executives wrapped up meetings at the World Petroleum Congress in Madrid. Jerome Socolovsky reports.

JEROME SOCOLOVSKY: The Qatari singing troupe couldn't lighten the sense of doom. Not only are high prices here to stay, executives said, but much of the easily accessible oil has already been found. Randy Gossen is president of the World's Petroleum Council.

Dr. RANDY GOSSEN (World's Petroleum Council): I think the one positive thing coming out of high price is that it does create the investment capital to get at these harder to produce supplies that are out there.

SOCOLOVSKY: Ola Morten Aanestad of Norway's StatoilHydro says his company is digging down to oil layers under its main natural gas field in the North Sea.

Mr. OLA MORTEN AANESTAD (StatoilHydro): Originally it was believed that you couldn't get anything out of these oil layers. Now we have an ambition of taking 2.1 billion barrels out of those very thin oil layers.

SOCOLOVSKY: Many in the industry say such efforts are costly and will not bring down prices. But Yusuf Alfea(ph) of Saudi Aramco disagrees.

Mr. YUSUF ALFEA (Saudi Aramco): And we hope that at a certain point the price will come into the reasonable price it should be. 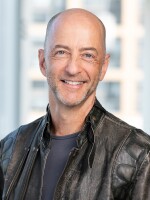 Jerome Socolovsky
Jerome Socolovsky is the Audio Storytelling Specialist for NPR Training. He has been a reporter and editor for more than two decades, mostly overseas. Socolovsky filed stories for NPR on bullfighting, bullet trains, the Madrid bombings and much more from Spain between 2002 and 2010. He has also been a foreign and international justice correspondent for The Associated Press, religion reporter for the Voice of America and editor-in-chief of Religion News Service. He won the Religion News Association's TV reporting award in 2013 and 2014 and an honorable mention from the Association of International Broadcasters in 2011. Socolovsky speaks five languages in addition to his native Spanish and English. He holds a bachelor's degree in mechanical engineering from the University of Pennsylvania, and graduate degrees from Hebrew University and the Harvard Kennedy School. He's also a sculler and a home DIY nut.
Sign up for our newsletters!
Keep up with all the latest news, arts and culture, and TV highlights from KPBS.
LATEST IN PODCASTS
LATEST IN EVENTS
LATEST IN TV HIGHLIGHTS
More News