This is the second story in a three-part series. Read Part 1 here.

For the annual Kinetic Sculpture Race in Baltimore, teams must drive, pedal and push their vehicles through 15 miles of roads, mud, sand and water.

Two-dozen students at Arbutus Middle School have been working after school for months on their entry: a huge pedal-powered sculpture called Monsters of the Middle School Brain.

They're learning a lot — about design and engineering but also about working together as a team. They say the main challenges they face are stamina, teamwork and thinking creatively.

"If you don't have teamwork, everything is going to come crashing down, like, literally," says eighth-grader Brigid Flynn. Sixth-grader Harry Dash agrees. "If it falls down, we're gone!"

Today, the students are running around the science room collecting their puppet monsters. They're finally ready to attach them to the giant pink brain, a massive foam and wire structure that looks like a 2-ton jellybean.

The puppets are fixed to sticks now, so that when race day comes, the "pilots" can make them move by attaching strings and pulling on them.

Half the club is outside, test-driving the vehicle. Remember the woodruff key?Well, they fixed it! Now they are pedaling around the parking lot at a not-so-impressive 5 miles per hour.

This vehicle wasn't built for speed and 15 miles is a long way to go. Their teacher, Michael Guarraia, isn't so sure how some of the team members will fare at the race.

With less than two months to go, everyone is starting to think about the big day.

Brigid is hoping the race, which takes place in Baltimore Harbor, won't be postponed due to riots again. Last year, when the city finally rescheduled the race, it was mid-June and blistering hot.

That was bad news for the Arbutus team. First, the sun melted the glue that held their sculpture together. Most of the kids dropped out because of the heat. And then a sixth-grade driver ran their car, a turtle that year, into a pole. The turtle didn't make it.

Brigid is hot-gluing the final touches on her locker monster when all of a sudden the electric glue gun shorts out, sending sparks flying. The room stops to see what happened.

"Mr. G, the glue gun caught fire!" she yells. She is fine, and just a small spot on her shirt was burned. Mr. G, seeing no imminent danger, exclaims, "Wow! We set Brigid on fire!"

She laughs, still a little stunned. "That was exciting!" their teacher continues, "That was the first time we've had fire in Kinetic!"

Inside the classroom, the engineering team is screwing together the poles that will attach the brain sculpture to the pedal-powered cart.

Aiden Blair, a smart and showy sixth-grader, is in charge of drilling holes through the metal. He makes it through the first side before he tires, and another boy, Stephen Geisler, takes over.

They tease each other about being buff as they take turns until the job is done. They've gotten really good at helping each other out. "This really wouldn't be possible without teamwork," Aiden says.

Mr. G's classroom has been transformed into a warehouse for oddities and experiments. "My principal calls it my mad scientist's lab," he says.

It's just two weeks until race day, and Mr. G is grinning. "I actually can't believe it, but we're basically done!" he says. "We've never finished early enough to have time to practice driving."

All 24 students are needed to move the brain from its resting spot into the middle of the room to finish the painting. All the puppets are finished and moving.

Mr. G has decided not to let the kids take their sculpture in the water, for safety reasons. "I can just imagine this thing sinking and some kid gets stuck inside ... No, not gonna happen," he says.

The team as a whole is fired up. But sixth-grader Samantha Kim seems a little quieter than usual. "I'm not able to go to the race," she says and hangs her head.

Each student must have an adult chaperone in order to attend race day for safety reasons, and Samantha's father is sick and won't be able to take her. Harry also mentions that he might not be able to go to the race.

Every year there are some students who can't make it. The race is all day on a Saturday, Mr. G explains, and that can interfere with parents who work or worship.

There's a lot of bullying in middle school. Sean Davis says that for him, and many others in the club, Kinetic is a safe space where everyone is accepted.

"You're never gonna get bullied (here)," he says. "You can just have fun with your friends creating and driving and building and using a lot of engineering to build a lot of fun things."

Mr. G loves hearing this. He wanted to create a safe space where students could try new things and be weird. But there's a bigger goal, too:

"I do this because we need kids out there who can solve challenging problems. And this is a context for kids to learn and solve those problems."

Mr. G backs a moving truck up to the rear door of the classroom. The sculpture is completely finished, and all 24 students take their positions around the brain sculpture and pedal car to load them into the truck.

When they finish, they pose for a group photo. They cheer and high-five. The only thing left is race-day logistics. Who drives when? Who pushes when? Who brings a bike? What is everyone going to wear? The students have decided to dress up as middle school stereotypes.

So now it's on to the races!

Tomorrow: How will our young engineers and designers fare in the big race? We'll follow the Arbutus Middle School team through the 15 mile course and share the lessons they learned. 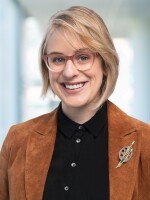 LA Johnson
LA Johnson is an art director and illustrator at NPR. She joined in 2014 and has a BFA from The Savannah College of Art and Design.
Sign up for our newsletters!
Keep up with all the latest news, arts and culture, and TV highlights from KPBS.
LATEST IN PODCASTS
LATEST IN EVENTS
LATEST IN TV HIGHLIGHTS
More News