They won't officially take control of Congress until January, but Democrats now hope to move quickly when lawmakers return to town tomorrow.

KATHLEEN SCHALCH: Top congressional Democrats were clear about their first order of business: they want to begin the process of getting American troops out of Iraq.

Senator CARL LEVIN (Democrat, Michigan): By telling the Iraqis that our presence there is not open-ended and that as a matter of fact we need to begin a phased redeployment of forces from Iraq in four to six months.

Senator HARRY REID (Democrat, Nevada): We need to redeploy. Who's going to make that decision - redeployment? The officers on the ground. And I think it should start within the next few months.

SCHALCH: But would he insist on a specific date for beginning to draw down troops?

SCHALCH: Ethics reform is another area where Democrats believe they can now make headway. Reid wants Congress to follow through on a lobbying reform bill already passed by the Senate. The bill would bar lawmakers from accepting gifts from lobbyists, would require them to wait longer before becoming lobbyists themselves, and disclose their pet spending projects, known as earmarks.

Sen. REID: That passed the Senate by a large margin. It was lost - as so many things have been lost these past six years - in the Republican House of Representatives. No conference. I would like to see that get done.

SCHALCH: Many senators want an even tougher ethics bill than the one passed by the Senate. Today, newly minted independent Democrat Joe Lieberman of Connecticut called for the creation of an independent panel to police ethics.

Sen. JOE LIEBERMAN (Democrat, Connecticut): It would be a signal to the people that we heard them. Let's clean up our own house.

Democrats also said congressional oversight of the executive branch will be a priority.

Sen. REID: There has been, for the last six years, the Republican dominated Congress has not exercised its prerogative constitutionally and had hearings on Iraq, had hearings on the Medicare program that isn't working as well as it should, education, what's going on with healthcare in this country generally.

SCHALCH: Reid says finding out what's been going on is one way to help decide how to move forward. 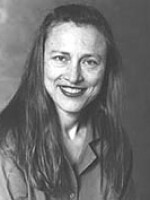