The Democratic presidential candidate was in Iraq today. Barack Obama met with Iraqi leaders and with U.S. military commanders. The issue hanging over his visit: how soon American troops might leave. The Iraqi prime minister was quoted in a magazine article saying Obama's proposal sounded like a suitable timeframe to him.

NPR's senior news analyst Daniel Schorr has his take on those comments and recent time-related talk from the White House.

DANIEL SCHORR: The White House euphemisms office - surely there must be one -deserves a prize for coming up with aspirational time horizon as a substitute for timetable. But no fancy language can disguise the fact that the Bush administration's dream of a chain of extraterritorial military bases as the anchor for America's position in the Middle East is crumbling into the dust.

It seems quite evident that Prime Minister Maliki and candidate Barack Obama are on the same wavelength in seeking a reasonably early departure of American combat troops. Opinion polls show a large majority of Iraqis favoring a pull out. There is also pressure from Arab and other Islamic governments that regard an indefinite American presence as a return to colonialism.

The Bush administration, assuming that Maliki needed and wanted American protection, was clearly surprised when the Iraqi government first rejected a Status of Forces Agreement that would've given American troops and contractors immunity from Iraqi law. Then Maliki let it be known - most recently in an interview with the German news magazine Der Spiegel - that he supported Obama's wish for a speedy withdrawal of American troops. Never mind that a testy White House got the Iraqi government to try to climb down from this very clear statement.

An additional pressure for an early withdrawal from Iraq is a serious need for reinforcements for the war in Afghanistan, which has not been going very well. The Bush administration likes to compare troops in Iraq with a post-war stationing of American forces in South Korea, Japan, and Germany. But these were under much different conditions and generally supported by the populations.

As Americans in Iraq begin to be regarded by the Maliki government as no longer welcome guests, the Bush administration risks losing control of the situation. At this point, the best the administration can hope for is to leave the situation as it is and await the changes that a new president will bring.

This is Daniel Schorr. Transcript provided by NPR, Copyright NPR. 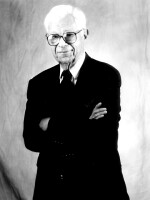 Daniel Schorr
Daniel Schorr passed away on Friday, July 23, 2010. See an obituary, photo gallery and an archive of Schorr's commentaries for NPR.
Sign up for our newsletters!
Keep up with all the latest news, arts and culture, and TV highlights from KPBS.
LATEST IN PODCASTS
LATEST IN EVENTS
LATEST IN TV HIGHLIGHTS
More News