Instead, the school plans to pump up its endowment and offer students who need financial help more grants and jobs.

President Robert Vagt wants to make a Davidson education accessible to more students whose parents don't have $120,000 saved for their educations.

"When they look at the price, they don't even apply," Vagt said. "And what this will mean is that students will begin applying to Davidson who in the past had thought, 'there's no way my family can do $40,000 a year.'"

At Davidson, 26 percent of the school's 1,700 students received loans to help pay the more than $38,000 it costs for tuition, room, board and books.

In 2004/2005, the most recent figures available from the U.S. Department of Education, their debt burden averaged more than $8,000 a year.

Nationwide, 65 percent of college graduates made it through without taking out any student loans, according to the U.S. Department of Education.

Davidson had previously taken steps toward easing the potential for high student debt. In this school year, student loans were limited to $3,000 a year.

Vagt said the decision may have started as a moral choice, but it wouldn't have succeeded without support from the Board of Trustees.

"Commitments by the trustees themselves to help fund this over the interim period, and they adopted a plan which will raise the endowment over the next four years, to permanently finance it," Vagt said.

Princeton University and Columbia University have implemented similar policies. Some major public colleges, such as the University of North Carolina, have done so for students from families with modest incomes. Davidson is the first small, liberal arts school to take this step.

Terry Hartle, with the American Council on Education, says it's a welcome step for parents, but it's also a smart business decision.

"This is a terrific marketing move," Hartle said. "Davidson is a very highly respected private college, but it's not necessarily well-known outside the Southeast. This will give it a great deal of national attention, and I would suspect that next year they will see thousands more applicants than they are seeing this year."

Hartle says many small liberal arts colleges would love to follow Davidson's lead, but few have the financial wherewithal to pull it off. 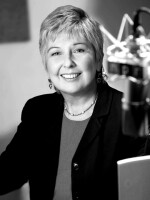 Elaine Korry
Elaine Korry is an NPR contributor based in San Francisco. From August 2004-June 2007 she worked as an NPR senior reporter covering social policy for NPR, with a focus on education, and on the lives of the nation's most vulnerable citizens — the homeless, those living in poverty, working in low wage positions, and trying to find their way to a more stable life.
Sign up for our newsletters!
Keep up with all the latest news, arts and culture, and TV highlights from KPBS.
LATEST IN PODCASTS
LATEST IN EVENTS
LATEST IN TV HIGHLIGHTS
Get ready to vote
What questions do you have about the Statewide General Election coming up on Nov. 8? Submit your questions here, and we'll try to answer them in our reporting.
Launch →
More News