When protests erupted in China over the weekend, a social media post forwarded countless times quoted a former Chinese leader saying, "the people should be allowed to speak and encouraged to care about state affairs."

That leader was Xi Zhongxun, the late father of Chinese President Xi Jinping. Whether the younger Xi will take the advice given in a speech years ago is unclear.

Several days of extraordinary street protests in cities and universities across the country have highlighted with brutal clarity how unpopular China's "dynamic zero COVID" policy has become.

But experts say the country is ill-prepared to face the consequences of dropping those policies altogether and triggering a likely tsunami of COVID-19 cases. China is already grappling with a record outbreak. On Tuesday, it reported around 40,000 new cases.

After first detecting the new coronavirus in 2019, China imposed tight travel restrictions, mandatory mass testing, broad surveillance, long forced quarantines and sudden lockdowns in different cities. Details of enforcement have shifted over time, but the policy has largely remained in place throughout the pandemic, even as much of the rest of the world has moved on.

"China's leadership now faces a choice between two bad options," according to Gabriel Wildau, a managing director at the consulting firm Teneo who follows China.

"The first is to double down on zero-COVID, which would require an escalation of both lockdowns and political repression. Even then, this option might still fail to suppress the current wave of infections, given the transmissibility of the latest variants," he wrote in a note.

"The alternative is to let go of the rope." In other words: End the country's tough coronavirus measures.

"Zero COVID" has been the government's cornerstone policy for most of the pandemic. And it's been a point of pride for the ruling Communist Party, which has crowed about China's relatively low number of cases and deaths.

But the emergence of the omicron variant a year ago caught the party flat-footed, and it's had a hard time pivoting. A never-ending string of lockdowns and travel restrictions have hurt the economy and eroded public goodwill.

But dropping the policy and letting the pandemic spread would have its own high costs.

China has inadequate hospitals, with fewer than four intensive care bedsper 100,000 people — about a quarter of the rate in the United States. Chinese experts estimate if Beijing was to lift lockdowns immediately, the overwhelming number of hospitalizations would collapse its medical system.

And while overall coronavirus vaccination rates are officially high, the rate among the elderly is low; nearly 40% of people over 80 have not had a booster yet. Researcherssay made-in-China vaccines for COVID-19 are less effective than mRNA vaccines provided in other countries.

Xi Chen, a public health expert at Yale University, says that's a big problem, and points to what happened in Hong Kong in the spring as a cautionary tale.

"Hong Kong was around a very similar booster rate when the omicron wave hit," Chen says. "More than 6,000 people died."

With a population of 7.4 million, Hong Kong, for a period, had the highest recorded COVID-19 fatality rate on Earth. The same could happen in mainland China, only on a much bigger scale, he says.

That might be hard to swallow for a party that has been patting itself on the back over the country's low death toll.

William Hurst, a China specialist at the University of Cambridge in Britain, says the leadership is probably hoping the protests will fade away and pressure will ease.

"I don't think they're in a position to give concessions, because concessions could range from anything from rolling back a lot of the 'zero COVID' measures to sort of more systematic political opening. I would be very, very, very shocked if they opted for that," he says.

"Repression is also extremely costly and extremely risky," he adds. "So I suspect what they're doing is they're just trying to wait to see if it fizzles because it may well fizzle within a couple of days. And if it does, I think the government will breathe a sigh of relief and just move on."

A deeper problem for Xi Jinping

Beijing introduced 20 measures earlier this month to relax the COVID controls to a limited extent, but experts say the current spike has made officials reluctant to change course entirely.

Regardless of how the party chooses to move forward now that the protests have opened a Pandora's Box, the past few days have laid bare a deeper problem for Xi Jinping.

From Beijing to Shanghai and beyond, demonstrators have called not only for an end to repressive COVID-19 policies, but also for greater freedom and, in at least one case, for Xi to step down.

Mary Gallagher, a professor at the University of Michigan, says that reflects widespread unhappiness, and elevated anxiety, about the direction that Xi is leading the country. That's been exacerbated by tough coronavirus restrictions — and a Communist Party congress in October that gave Xi a mandate to rule unchallenged for the foreseeable future.

Under Xi, the "social contract" between the Communist Party and the populace, which was forged in the wake of the last major outbreak of nationwide political demonstrations — the Tiananmen Square movement 33 years ago — is changing.

"I don't think he's been able to really articulate what the alternative is."

But can Beijing self-correct eventually?

And some see potentially worrying signs about decision-making within the leadership.

Officials admit that "dynamic zero COVID" involves some inconvenience and pain, but argue that dropping it would cause even worse trouble. That doesn't explain why the authorities failed to shift away from it earlier, or make use of the time it bought them to increase vaccination rates and prepare for the eventual reopening of the country.

Gallagher suspects the party's flat-footedness has to do with how Xi has consolidated power and created an environment in which it's become increasingly risky to object to his policy choices.

"The thing that was remarkable about China was the ability for the government to self-correct," she says. "And that's totally lost." 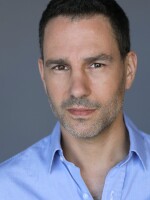