The bond that broke the internet

Last week I saw a headline that stopped me in my tracks: Lowly T-Bills are Suddenly Sexy. Yes, Treasury Bills! I have never — in more than 15 years of covering business and economics — ever seen the words "sexy" and 'Treasury bills' in the same sentence.

"I feel like everyone thinks of this lowly, boring world of Treasury bills," said Alexis Leondis, who wrote the tracks-stopping headline and the article that went with it for Bloomberg: "And I'm like, 'They're not that way anymore. They deserve a second look.' " Leondis is not wrong. Government bonds (A.K.A. Treasury bonds, Treasury bills, T-bills) have had a truly remarkable glow up. Sensible shoes and all.

One bond in particular, the Series I Savings Bond, got so popular, would-be buyers crashed the Treasury's website last week (TreasuryDirect.gov, where you can buy the bonds). What's going on? What happened to government bonds to make them sexy?

Anatomy of a bond

A bond is essentially a loan. You lend the government, say, $100, and after the bond matures (in four weeks, six months, 10 years etc., depending on which bond you buy) the government will pay you back, plus a little interest.

U.S. government bonds are considered to be one of the safest investments in the world, with basically zero risk. Also, basically zero reward. "Up until recently, I think 'boring' would be a totally accurate word to describe Treasury bonds," said Leondis. "And for most people, not really worth a look because rates were so incredibly low. Like, less than 1% kind of low."

For 4-week bonds, back in January, the government was paying a yield (interest payment) of about .05%. That means, if you invested $100 in a four week bond in January, at an annualized rate you would get $100.05 back. A nickel for your troubles.

Today, though, it's a different story. Right now the four-week bond is paying close to 4%. Nearly 80 times the payout for investors.

Across the board, government bonds are giving investors the best payouts seen in years: 4%, 5%, 6%. This is far better than the return you'll get on the stock market right now (the S&P 500 is down nearly 20% so far this year), though still not enough to keep up with inflation.

The bond that broke the internet

Which brings us to the bond that broke the internet: The Series I Savings Bond. These are government bonds that are adjusted for inflation and are paying an annualized interest rate of more than 9.6%. The deadline for locking in that rate was Friday, October 28 (after that rates dropped to around 6%): Hence the crashing website.

Fellow NPR reporter Andrea Hsu and I decided to take this advice to heart. We thought we'd pool our own money together and jump unto the bond breach.

The Series I Savings bonds required a six month commitment so Andrea and I started smaller with the cheapest bond out there: A 4-week bond, which we split: $50 each. We tried to log on to the Treasury's website several times, only to encounter error message after error message. "I'm a little worried," Andrea said after a few minutes.

According to David Enna, who covers government bonds for Tipswatch.com, the TreasuryDirect website crashing and people vying for bonds as if they were tickets to a Lizzo concert is very, very new.

"This is stuff that never gets attention paid to it normally," explained Enna. "Why is Treasury Direct locking up? Because everybody's trying to buy bonds at the last minute. They've become very hot."

Very hot. Words that have literally never been used to describe US government bonds.

Bloomberg's Alexis Leondis said the reason for the Treasury bond glow up is two-fold: First, they are paying out so much more than they used to. And second, although you could argue that there are lots of governments around the world paying similar returns for their bonds, the U.S. is special. The high payout for U.S. government bonds — considered the safest investment around — is pretty unique.

Normally, you do not want government bonds to be sexy or to be paying out a lot of interest. Government bonds typically only pay out a lot when an economy looks to be unstable or on the verge of collapse and, for that reason, investors are hesitant to buy those bonds because there's a very real risk the country won't be able to pay them back. But that is not what's going on here, said David Enna. "It's the Fed," he asserted. "That's the reason for all this."

The Federal Reserve, as part of COVID stimulus, was buying billions of dollars worth of government bonds every week (it was a way to keep money flowing through the economy). The Fed has largely stopped doing that, leading to a pretty sudden, pretty major drop in demand for government bonds.

At the same time, big buyers like China and Europe have slowed down their U.S. government bond buys because of their own economic issues. The result: Overall demand for US government bonds is way down, but not because the U.S. is seen as a riskier bet.

This convergence of events has created a kind of golden moment for investors: People can make a decent, predictable return on an investment that doesn't really involve risk. There are not many investments which can promise that right now.

Andrea Hsu and I tried dozens of times all day to buy our bond. The site crashed again and again. At around 6 p.m., I was finally able to get to the purchase page. I called Andrea right away. "I'm so excited!" she said. "Let's do it!" "Here we go!" I said and pressed the submit button. The site crashed.

By 9 p.m., after 11 hours of trying, spirits were low. "I'm not that hopeful anymore," said Andrea. "Around and around and around," I said, referring to the turning wheel my browser displays when loading a page. "I think the bonds have broken me." The website crashed again.

Treasury bonds are all that

According to Bloomberg's Alexis Leondis, the current payouts government bonds are giving investors might actually be closer to normal than what we've seen in years. She says the last ten years of U.S. government bonds paying out almost nothing is probably the abnormal situation.

"I think we've got to shift our perspective," she said. "Perhaps we are entering a more normal place." Leondis pointed out that bond payouts have been low, largely because the Federal Reserve has been buying our bonds, keeping the supply low.

Also, years of near record-low interest rates have essentially punished people trying to save money. "I have been saying for a long time that savers have really suffered under the Fed," said bond-watcher David Enna.

Enna said having a safe place to put money where there's a guaranteed return is like a life raft for people on a tight budget, especially with inflation eating away at the value of our money. "It's a big deal for a lot of people, especially retired people who have to sit on cash."

Which brings us to the shocking headline: Government bonds are sexy! Bloomberg's Alexis Leondis pointed out that rather than this sexiness coming from some kind of extreme makeover, it's really more of a She's All That moment, where our hero simply removed their glasses, put on a fancy outfit and finally shined like the star they always were. The fact government bonds are finally paying a little return simply served to highlight the safety and security they have always offered. "They're like, 'I was here all along,' " laughed Leondis. "Bonds were here all along."

For Andrea Hsu and me, the popularity was mostly a pain. It was like waiting in line for hours outside the world's uncoolest club. At 10 p.m. our bond purchase finally went through. For our $100 and two days of frustration, we stand to make a profit of just under $4. Although, Andrea pointed out that this would be an annualized profit and we plan to cash out in 4 weeks ... so our real profit will be more like $o.30. Still, it seems we were the lucky ones. The Treasury Department issued a statement saying due to overwhelming demand, many would-be bond buyers were not able to get through. Government bonds were having to turn people away at the door.

Where's a velvet rope when you need one? 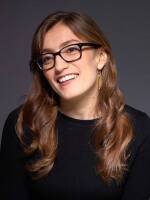 Stacey Vanek Smith
Stacey Vanek Smith is the co-host of NPR's The Indicator from Planet Money. She's also a correspondent for Planet Money, where she covers business and economics. In this role, Smith has followed economic stories down the muddy back roads of Oklahoma to buy 100 barrels of oil; she's traveled to Pune, India, to track down the man who pitched the country's dramatic currency devaluation to the prime minister; and she's spoken with a North Korean woman who made a small fortune smuggling artificial sweetener in from China. 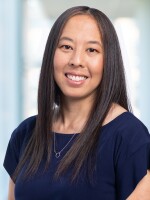 Andrea Hsu
Andrea Hsu is NPR's labor and workplace correspondent.
Sign up for our newsletters!
Keep up with all the latest news, arts and culture, and TV highlights from KPBS.
LATEST IN PODCASTS
LATEST IN EVENTS
LATEST IN TV HIGHLIGHTS
Election 2022: Live results
Explore all national, state and local returns now.
See results →
More News