The world's biggest pop culture convention is a virtual event once again this year. KPBS arts and culture reporter Beth Accomando updates us on this weekend's online offerings by Comic-Con International and how the event will attempt a smaller in-person gathering in San Diego later this year.

This week, regents for the University of California system moved forward with a new tuition structure that allows for several years of increases for each subsequent incoming class. The move comes at a time when UC San Diego is admitting its largest class yet of first year and transfer students. Mikhail Zinshteyn, reporter for CalMatters, shares details on the new policy and reaction from students.

The Environmental Cost Of Electric Cars

Work off the coast of San Diego and in Imperial County might help automakers secure the resources needed to create lithium-ion batteries used to power electric vehicles. The natural resource is a key element in helping transition away from oil, which is linked to emissions that cause climate change. LA Times reporter Evan Halper is looking into the growing demand for lithium, and the mining involved that creates a different set of environmental costs.

RELATED: With A Whirr, Not A Roar, Auto Racing Drives Toward An Electric Future 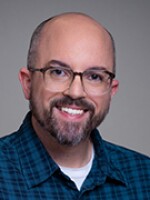 Bennett Lacy
Ben Lacy is a producer for KPBS Evening Edition and KPBS Roundtable.
See stories by Bennett Lacy
Sign up for our newsletters!
Keep up with all the latest news, arts and culture, and TV highlights from KPBS.
LATEST IN PODCASTS
LATEST IN EVENTS
LATEST IN TV HIGHLIGHTS