When is a win not a win? When the U.S. Men's National soccer team goes into Azteca Stadium in Mexico City and holds El Tri to a 0-0 tie.

The sellout crowd of 100,000 only contained about 500 Americans, NPR's Carrie Kahn reported, and they spent time surrounded by riot police in full gear.

Eric Astorias from Phoenix Arizona says coming here to see the game was the thrill of a lifetime, even if he has to do it behind a police line.

"OK, there's about 100 police surrounding you, with full riot gear."

"Exactly. It's alarming, but we're all out here to have a good time."

7,200ft — Elevation above sea level at the historic Estadio Azteca. Coupled with the smog makes the location extremely advantageous for the Mexican home team.

On March 8, goalie Tim Howard, a veteran player and anchor for the U.S. team broke two bones in his back. Brad Guzan, a 28-year-old rising star in the premier league stood between the pipes.

Two midfielders, Jermaine jones and Clarence Goodson, were out with injuries. Taking their place were two relative rookies, Omar Gonzalez and Matt Besler, making up up the backfield.

And, if you haven't noticed, the poster boy of American soccer, Landon Donovan, wasn't playing. He isn't injured, but the introspective veteran has been missing due to exhaustion. When he visited the White House on Tuesday, President Obama offered Air Force One to fly him to the match.

The successful U.S. strategy against Mexico’s powerhouse offense was a strong defense. In the match, the rookies of the backfield, Gonzalez and Besler, shined.

NBC Sports named Gonzalez the man of the match:

With Mexico able to put in 20 crosses (to the U.S.’s eight), Gonzalez’s aerial prowess and role as the defense’s anchor was constantly tested. Seven clearances, five recoveries, four interceptions, and a blocked shots — these are the stats that describe the individual performance. The main contribution, however, was seen on the scoreboard.

3 — After the tie the U.S. rose to third place in the six-nation, 10-game qualifying match for the World cup.

After last night, Mexico dropped to fifth. Only three teams are guaranteed a spot in the world cup, which leaves Mexico in a desperate place.

Last night's result leads to several revelations. First, it lends legitimacy to the U.S. victory last August in a friendly match. The Americans had never won on Mexican soil, and some considered it a fluke. But to hold Mexico scoreless in a tie, well, that could be a sign the rivalry's victor is no longer a given.

Second, if a young U.S. team can stun Mexico on one of the most difficult pitches in the world — what else are they capable of? 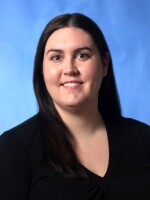 John Rosman
John Rosman is the digital editor for KPBS News. He oversees all news content on KPBS.org and across all digital properties. Prior, John was the social media editor for Fronteras Desk. Before heading south, John was a digital producer for Oregon Public Broadcasting. There he led the flagship radio program Think Out Loud in all aspects of digital media. Working with OPB's cultural website, Arts & Life, he also produced multimedia features. By way of metro Detroit, John is a proud graduate of the University of Oregon's School of Journalism. He has worked as an editor in television and film. But he found his passion for public radio during a long winter, in a lonely hotdog stand. When John's away from the office, you can find him catching up on all the sun he missed in Oregon.
See stories by John Rosman
Sign up for our newsletters!
Keep up with all the latest news, arts and culture, and TV highlights from KPBS.
LATEST IN PODCASTS
LATEST IN EVENTS
LATEST IN TV HIGHLIGHTS
Election 2022: Live results
Explore all national, state and local returns now.
See results →
More News