Drive for Security in Baghdad Fails to Bring Peace

NPR's senior foreign editor Loren Jenkins is in Baghdad. I asked him what he thinks is the most important development in the war this month.

LOREN JENKINS: The most critical element is, is that four months ago the U.S. decided that the whole war in Iraq would hinge on providing security in Baghdad, which in three and a half years they hadn't been able to do.

So they launched this major security plan, which involved U.S. and Iraqi forces trying to find the insurgents and push them out of Baghdad. In four months it hasn't accomplished that. The insurgency continues. The sectarian violence that has overlain this basic civil war that's going on has increased. The death toll has been monumental.

MONTAGNE: Loren, you are, as we said, in Baghdad, but you're outside the Green Zone. What are you seeing? And how different is what you're seeing from the last time you were there in Baghdad?

JENKINS: Well, what I'm seeing is a lot more U.S. presence, a lot of roadblocks. The city basically has been locked down for the last three of four days not so much because of Baghdad's security plan but because they're hunting for an Iraqi-American soldier who went missing about a week ago.

MONTAGNE: But given all of that, given the high number of American troops, why have the American casualties been so high this month?

JENKINS: Well, because they've come out of the barracks and they're in the streets and therefore much more exposed. And they're going into areas where in fact they are major insurgent strongholds. That's one side of it. On the other side, there's a major military campaign going on in the Anbar province, capital of Ramadi, where many of the casualties are also piling up, mostly Marines trying to retake Ramadi, which has been pretty much controlled by the insurgents for the last couple of years.

MONTAGNE: Now turning back to Washington D.C., where you've just left. We've all heard that President Bush is backing away from the expression stay the course in Iraq. How much does that have to do with the casualties there?

MONTAGNE: Well, just one last question. The rhetoric has changed, what about the policy?

JENKINS: Well, the policy really hasn't. Staying the course isn't working. It is clear that pulling out immediately would create a whole other set of problems. I think they are fishing around, is there's something in between? And in this, the evidence seems to be they're all waiting for the Iraq commission being led by former Secretary of State James Baker to come up with some alternative plans or policies that I believe the administration will jump at.

MONTAGNE: Loren Jenkins is NPR's foreign editor speaking to us from Baghdad. Thanks very much, Loren. 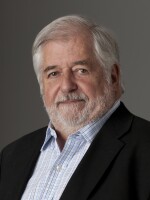 Loren Jenkins
Loren Jenkins brings over 30 years of experience to his post as the senior editor of NPR's foreign desk.

Renee Montagne
Renee Montagne, one of the best-known names in public radio, is a special correspondent and host for NPR News.
Sign up for our newsletters!
Keep up with all the latest news, arts and culture, and TV highlights from KPBS.
LATEST IN PODCASTS
LATEST IN EVENTS
LATEST IN TV HIGHLIGHTS
Get ready to vote
What questions do you have about the Statewide General Election coming up on Nov. 8? Submit your questions here, and we'll try to answer them in our reporting.
Launch →
More News