Euros Not Austerity: Can Greece Have It Both Ways?

At the G-8 summit Saturday, French President Francois Hollande said he wanted Greece to stay in the eurozone and expected the country to meet its commitments. In saying so, Hollande identified the difficult debate which has gripped Greece for months now.

Most Greeks want to keep the euro as their currency. Most also want to cancel the eurozone-imposed austerity measures that come with the billions in international bailout loans keeping the country solvent.

This dilemma has paralyzed the country's politics and its people. Katerina Papamichail and Eirini Stefanakou, are friends in their 50s. Papamichail says if Greeks kick out corrupt politicians, then the country will be able to pay its bills without wage and pension cuts and tax hikes.

"I believe it can happen," she says. "If those who have been mismanaging taxpayers' money stop doing it, then we can make it."

Stefanakou says austerity has made it impossible for the country to pay off its debts.

"We are the ones who got ourselves in debt, and we have to pay it off," she says. "But it can't happen the way austerity is designed now, in this asphyxiating way."

Austerity has strangled the Greek economy, which is now in its fifth year of recession. The unemployment rate is 21 percent — more than double what it was in 2009. Tens of thousands of businesses have closed.

More than half of Greeks voted for anti-bailout parties in elections two weeks ago. No party won enough parliamentary seats to form a government, so there's a new vote planned for June 17.

A leftist party, Syriza, came in a surprise second on May 6 and is leading in pre-election polls. Its leader, Alexis Tsipras, said he would stand up to European superpowers like Germany so Greece could have both the euro and a life without austerity.

Nick Malkoutzis, deputy editor of the Greek daily Kathimerini, says this message resonated deeply — despite continued warnings from European leaders that Greece must stick to the bailout terms to continue getting the loans that are keeping the country solvent.

"Greeks have been through two and a half years or so of constant threats, constant speculation, constant fear about what's going to happen and at some point, the effect of that wears off," Malkoutzis says. "People become immune to it."

George Davitidis says he's not scared anymore that the eurozone is going to let Greece default and revert to its old currency, the drachma. It's too expensive, says the 25-year-old investment adviser.

"If the eurozone lets us go, then they will also have to let Spain, Portugal and Italy go," he says. "There will no longer be a eurozone." 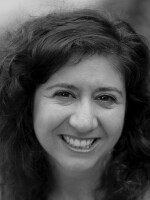