On a recent biting cold night in the small city of Durant, Okla., residents held their annual Christmas Day parade: a small-town tradition with many floats, bands and young children on a flatbed trailer towed by a giant green John Deere tractor.

But despite the festivities, Durant will not get the president it wanted for Christmas.

Oklahoma is a conservative state, where voters focused on issues such as small government and abortion rather than the president-elect's mantra of "change." In fact, Oklahoma was the reddest state in the union in this election, with Republican John McCain carrying every single county. No other state can make that claim.

Now, residents are shifting their political expectations as Obama prepares to take office. While some say they are concerned that Obama is more rhetoric than action, others say they have been impressed by his choices so far.

At a lunch spot called Roma's Restaurant, resident Donna Dow says the city overwhelmingly went for McCain, in part, because Oklahoma has been more prosperous than the rest of the country. It receives oil and gas support from the state, and many new jobs have been created by the Indian casinos.

"We have not experienced such a downturn," Dow says. "We're not as hungry for change as some people across the country may be."

"I felt like he was more of a motivational speaker and said what he had to say to get into office," Smith says. "There are some things that I hope he won't follow through on — more government in our lives; that's more of a socialistic approach. I didn't feel comfortable with what he was saying. It didn't seem very real, very honest. It was just words to get in."

Other Durant residents say that, although they may not have voted for Obama in November, they admire some of the early choices he made with his Cabinet selections and his decision to include Republicans and rivals within his inner circle of advisers.

"Picking Hillary as secretary of state was an impressive move that, I think, showed a sign of strength and commitment to listen to all sides and all areas. I personally have been so far extremely impressed," says Kathy Hendrick, the director of the Center for Regional Competitiveness at Southeastern Oklahoma State University.

Tim Snead is a graduate student in counseling at the university. He voted for McCain, but says he will still be proud of the incoming president.

"From the way I see it, [Obama's] getting on target. He's getting on board. He's hitting the ground running," Snead says. 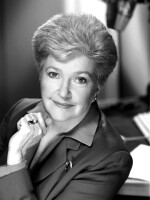