Louisiana officials are pleading for federal approval to build colossal sandbars outside barrier islands in the Gulf of Mexico to protect the state's vast wetlands from the oil spurting from the Deepwater Horizon rig.

"This is an extremely important component of our own plan to protect our coast from this oil, and this will also help to protect Louisiana from future hurricane surges as well," Gov. Bobby Jindal said.

An 80-Mile Network Of Sandbars

State and local officials want to turn the three chains of barrier islands off their coast into incredibly long sandbars, which together might stretch more than 80 miles. The idea is that the oil would collect behind these walls of sand so cleanup crews could suck it up before it reaches the marshes.

Federal officials are racing to try to answer the many questions raised by this emergency request, which could cost hundreds of millions of dollars. BP would be responsible to pay at least part of the cost, so company officials are hoping a cheaper solution is found before this one gets the OK.

Meanwhile, engineers and scientists are furiously working to make plans and find equipment to dredge sand from coastal areas of the Gulf and send it through systems of 30-inch pipes.

"We need to get this acted on as quickly as possible, because we're going to mobilize the dredges and we're going to have to get the pipeline set up to get the sand out to the islands," says Garret Graves, chairman of Louisiana's Coastal Protection and Restoration Authority.

So far, weather and currents have kept most of the oil out of the coastal marshes, but that could change, especially with tropical storm season just around the corner.

Storm surges could send the oil from the Gulf into coastal marshes through an array of tidal passes, such as the Rigolets, which connect the Gulf with Lake Pontchartrain.

That could be disastrous for one of the country's most productive nurseries for seafood, state officials say.

"Over 90 percent of the life in the Gulf of Mexico is dependent upon this estuary at some point of its life for existence, for survival. And so the oil getting into this area, getting into our wetlands, we would be experiencing repercussions for years and years to come, if not decades," Graves says.

The state is forging ahead with smaller-scale projects that don't require federal approval, such as one under way at Port Fourchon, a skinny strip of beach 60 miles south of New Orleans, which is the hub of the offshore oil industry.

Sticky globs of oil that look like melted caramels have been showing up by the thousands on the beach there, and National Guard troops have been racing to fill gaps in the beach, which were created by recent hurricanes and let Gulf water through to the fragile marshes beyond.

"We need to close off these breaches because sand is much easier to clean than marsh," says Chett Chiasson, director of Port Fourchon.

Wetlands experts say there would be no fix if oil inundates the fragile marshes. A big rush of oil could kill the plants and turn the marsh into open water.

"You can't pressure-wash oil off of these marshes and these plants. You even go up there and try to do manual cleanup, in many of these systems you're going to cause more damage than just letting it be," says Denise Reed, an environmental science professor at the University of New Orleans.

But a lot depends on how much oil would get to the plants. If only a small amount of oil gets into the marshes, plants can protect themselves, she says. Damaged plants can put up new shoots later in the season or next year, after the oil has been degraded by bacteria in the water.

Reed cautions that government officials should consider possible unintended consequences before they launch such a major effort, because it likely would dramatically change natural systems such as tides, and even experts cannot predict the consequences.

For instance, wide swaths of open water would become narrow passes, which would hasten the speed of water flowing through. That could have all kinds of repercussions.

"There's maybe even a potential to kind of carry the oil in even more forcefully than it might otherwise happen," Reed says.

In the estuary, lots of marine animals regularly move from the wetlands to the open water and back, and it is not clear whether they would be able to tolerate those speedy new currents. 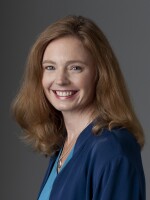