The housing crisis has been a roller coaster ride for many families, a journey riddled with scams aimed at people in precarious situations. Foreclosure rescue scams target those who've fallen behind in their mortgage payments and whose homes are in danger of foreclosure.

Latino communities are being especially hard hit by these schemes.

In 2002, Angel Blas and his wife bought a three-story house in Everett, Mass., a suburb north of Boston. It took time for the couple to save up for a home.

"That was my — our dream — you know, to live in America, to find good jobs, to go to school, to learn English and get property where you can spend more of your time," says Blas, 51, who is from Peru.

He was living his dream when he first got the house. But when he and his wife divorced, Blas' funds grew tight.

An Offer To Help Negotiate

By late 2009, he could no longer make his mortgage payments. So, he decided to refinance. Before he had the chance, however, a law firm named United Law Group called him up.

"The United Law Group, they contacted me and they say, 'Oh, we have a good deal for you. I know you have this hardship with this problem,' " Blas says.

The representative spoke to him in Spanish. Blas says the United Law Group representative also promised to negotiate with the bank to refinance his loan.

But this offer came with a hefty cost: The firm charged Blas $3,500 upfront.

Blas says the firm didn't do anything — except take the money.

United Law Group didn't reply to repeated requests for an interview. The firm is under an ongoing investigation by the U.S. Postal Inspection Service and the FBI among others. In mid-March, the firm's California office was raided, but it continues to conduct business.

As for Blas, he's working now with Greater Boston Legal Services to get his situation back in order. Nadine Cohen, the managing attorney of the consumer rights unit, says Blas isn't alone.

"The same people that we see targeted by these foreclosure rescue scam companies are the people targeted by the subprime loans: lower income people, people who are unsophisticated in mortgage matters, and people who don't always speak English," Cohen says.

This is a national issue, and Latinos are among the main groups being targeted. In states including California and Nevada, the large Latino communities are especially vulnerable to these scams due to falling home values and high foreclosure rates.

"I basically think that anyone charging money for a loan modification is not a legitimate organization," Cohen says. "Anyone can go to a nonprofit housing counseling agency, a legal services organization for free."

Massachusetts is one of a handful of states fighting back with anti-fraud laws aimed specifically at these foreclosure rescue scams. 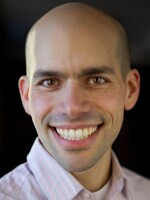 Ari Daniel
Ari Daniel is a reporter for NPR's Science desk where he covers global health and development.
Sign up for our newsletters!
Keep up with all the latest news, arts and culture, and TV highlights from KPBS.
LATEST IN PODCASTS
LATEST IN EVENTS
LATEST IN TV HIGHLIGHTS
Get ready to vote
What questions do you have about the Statewide General Election coming up on Nov. 8? Submit your questions here, and we'll try to answer them in our reporting.
Launch →
More News