It Doesn't Always Take A Village...Sometimes One Person Is Enough

I've always believed in the adage that it takes a village to raise a child. But in the case of my son, one remarkable woman has made all of the difference.

Although he's just five, his pre-school teacher has been the sculptor of his past two years. And this has not been a simple project. Turning this toddler into a boy ready for school has been like carving granite with a butter knife.

When your child is different, or difficult, anyone who shows him a little patience and understanding becomes your hero. When a teacher make his progress her personal goal, it's sometimes hard to fathom such dedication.

Over the past year, she has continually given me hope because she's let me know I'm not alone in preparing my son for the world. For each challenge he posed, she had a new solution. Her quiet perseverance let him know she believed in him even when his actions disrupted the class, caused her to change her curriculum and made her question her ability to help him.

Quite often when I left work each evening to pick him up it was with mixed feelings because every day brought a new problem to solve. I was excited to be with my son - to see his delighted smile as I appeared and he ran across the room to wrap me in his tight bear hug. On the other hand, I knew there would be reports of him hitting classmates, refusing to participate in any art activities and having to sit alone during center time. The latter because he refused to take turns when it was time to share and insisted on talking non-stop about germs or Star Wars or whatever other topic was the focus of his interest.

On the worst days he would have thrashing fits when anyone tried to control his obsessive behavior. He would deteriorate into kicking teachers and crying inconsolably and the class would retreat to one section of the room to continue their lesson while his teacher sat near him, waiting until he was ready to wipe his tears, control his anger and move on.

There were many days when I wondered why he wasn't kicked out of the school. Especially on the days when he was even too much for his teacher, and she called me saying today even she couldn't help him and he'd be better off at home. But those times were infrequent because she wouldn't give up. When taking privileges away didn't work we tried writing letters. For each time he hit or kicked, he wrote an apology and drew a picture for his classmate. There were weeks when we were writing two letters a day. I often wondered if we were making progress as I asked him to explain what his circle and stick drawing represented so I could describe it in the letter. And always, the simple drawing was not a simple idea but rather became a story about light sabers and knights taking on evil monsters that must be stopped.

While we worked on his apology letters we talked about the need to "use his words" not his fists or feet and to try and think before he hit. He would look at me and put his hands out palms up and slowly explain that he can't control himself, he doesn't know why he hits but his brain isn't stopping his hands when he's angry.

I would watch him and wonder how odd this brain is that it can provide my son the mature language to explain how he's feeling but cannot help him stop his impulses so he can thrive in the classroom.

His teacher and I eventually learned that there was a label for his behavior and that provided relief and fear. It was good to know there are tested tactics and therapies we can use to help him thrive, beyond our parenting and educating instincts. But we wondered what would he face from teachers and coaches and peers as they learned my bright, funny, loving son often behaved unpredictably?

We've learned that his diagnosis, Asperger's Syndrome (often referred to as high-functioning autism), affects many children, mainly boys, but that with treatment they can attain great success. Those with Asperger's are considered to have normal to high intellectual capacity and atypical social capacity.

When researching Asperger's I learned many brilliant individuals have or are thought to have had Asperger's, including Thomas Jefferson and Bill Gates. This gave me great comfort and hope.

Change for my son came slowly. But as the months and then a year passed his teacher and I were delighted by small victories. My son went from having one or more hitting incidents a day to three a week to one a week. He turned five and announced that he doesn't hit anymore because five year olds are nice and make friends.

He decided to give art a try - when years had passed with him never touching glue or sequins or finger paint. He made Yoda and a light saber out of clay -without wearing surgical gloves.

Recently, we've agreed we think he can succeed in Kindergarten. This has been our goal and we are thrilled. He will still need support to ensure his experience is positive and focused on his abilities, not his disability. But I've learned these past two years what he'll need most is an understanding teacher. If I ever doubted that one person can make a difference, his teacher Mrs. Serafine taught me there is no doubt. In fact, one person can be a village. 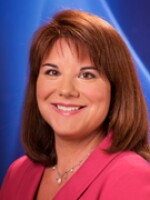