John Cole, a resident roller-blader in Mission Beach, shook his head after a scooter swerved onto the wrong side of the boardwalk, nearly colliding with a bicycle.

This week new regulations go into effect for dockless scooters in San Diego. For Cole, the regulations couldn’t come soon enough. He said over the years the boardwalk has changed dramatically—and not for the better.

Mixed Reactions For New Dockless Scooter Regulations In San Diego
By Reporter Melaina Spitzer This week new regulations go into effect for dockless scooters in San Diego. You can hear this story and other local news every morning by subscribing to San Diego News Matters, KPBS’ daily news podcast. Subscribe via iTunes, Google Play or your favorite podcatcher.

“I’ve seen the boardwalk change, especially since they’ve allowed these electric scooters, bicycles, skateboards, and I’ve seen a lot of accidents,” Cole said. “I’d like to see them ban them, simply because it's a boardwalk, an ocean walk. That says it all. They shouldn’t allow any motorized vehicles. They should have a separate place for them.”

After hearing the concerns of residents like Cole, City Council adopted scooter regulations which went into effect on July first. The rules require specific staging and parking areas for scooters and a speed limit of 8 mph in certain geo-fenced areas including Mission Beach and Downtown. Three of these areas are pedestrian-only, where operators will be required to slow scooters to 3 mph and send a push message to riders to leave the area.

Rico Marquez, a scooter rider and San Diego native now living in Arizona, said he thinks the regulations are a good idea.

“It does need to be regulated, I guess,” Marquez said. “Sometimes it can be hectic, especially a first-timer jumping on the scooter and not really knowing the ins and outs and really how to ride it. It can be I guess dangerous at times.”

In addition to enforcing speed, staging and parking restrictions, scooter companies must pay a permit fee of more than $5,000 every six months and a $150 per device fee annually. Operators are also required to make a $65 safety deposit per scooter which will be held in the event the company leaves without removing its scooters from city streets.

“It’s a clean form of transportation, it can move me quickly to where I want to get to,” Portner said. “And they’re just a lot of fun,” he added.

The city will also require scooter operators to purchase insurance and share data about ridership, parking, and paths of travel to assist the city in transportation planning and enforcement of the Climate Action Plan.

As the regulations come into effect, more scooters are being introduced in San Diego. Skip Scooter, a San Francisco-based company suspended from operating in Washington D.C. for battery-related fires, announced it was introducing up to 2,000 electric scooters to the San Diego’s streets on July 1. Skip says it installed tamper-resistant cages to its scooters battery packs after reports of three battery fires and a warehouse fire also attributed to batteries.

The new regulations require operators to indemnify the city from liability and purchase insurance. 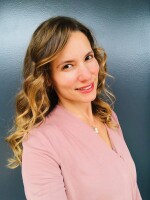 Melaina Spitzer
As a general assignment reporter for KPBS, Melaina Spitzer covers stories that range from climate change to immigration, politics and homelessness. Prior to joining KPBS, Melaina spent fourteen years reporting for BBC/PRI’s The World, Latino USA, and Marketplace from Southern Africa, Europe, and South America, where she lived for seven years. Melaina began her journalism career at WBUR and WGBH in Boston, where she worked for national radio programs Here and Now, The World, and Morning Edition. Melaina completed her Master’s in Peace, Conflict and Security as a Rotary World Peace Fellow where she studied cross-border issues and the Colombian armed conflict. Melaina is fluent in Spanish and Portuguese and was awarded the CV Starr National Service Fellowship to cover the Cypriot Peace Process. In addition to her work in journalism, Melaina is a certified trainer for the National Conflict Resolution Center. She enjoys supporting rising women leaders and serves on the Steering Committee for Women for Social Impact at the University of San Diego.
See stories by Melaina Spitzer
Sign up for our newsletters!
Keep up with all the latest news, arts and culture, and TV highlights from KPBS.
LATEST IN PODCASTS
LATEST IN EVENTS
LATEST IN TV HIGHLIGHTS