Rep. Duncan Hunter, R-Alpine, said he probably killed “hundreds of civilians” while serving as an artillery officer in Fallujah.

His comments were made public Monday on the latest episode of the podcast “Zero Blog Thirty.”

“I was an artillery officer, and we fired hundreds of rounds into Fallujah, killed probably hundreds of civilians,” he said. “Probably killed women and children if there were any left in the city when we invaded. So, do I get judged too?”

Hunter recalled this story in response to a question about the actions of Navy SEAL Edward R. Gallagher who is on trial in San Diego accused of war crimes including shooting at civilians. Gallagher has pleaded not guilty.

During the podcast, Hunter was asked specifically about one of the individuals Gallagher is accused of killing, a teenage ISIS fighter. According to prosecutors, the SEAL stabbed the teen who was brought in for medical treatment.

“I frankly don’t care if he was killed,” Hunter said. “I just don’t care.”

The Congressman added that he has seen photos and videos from the Gallagher case and has talked to other SEALS who served with him who say they don’t believe the charges. Hunter also said Gallagher should be given a break and that the ISIS fighter he is accused of killing was going to die anyway.

In a statement, Capt. Joseph Butterfield with the Marine Corps said the Marines are aware of Hunter’s comments, but it is too early to speculate on any future actions.

According to the statement, "Marines are required to comply with the law of war during all military operations, however characterized. If mistreatment of the dead were committed intentionally, it could be considered a violation of the law of war. U.S. service members have been charged and punished under the Uniform Code of Military Justice for posing for pictures with human casualties. Generally, the statute of limitations under the UCMJ is five years.”

This is not the first time Hunter has defended Gallagher’s actions publicly. At a town hall meeting in Ramona on Saturday, he said he and a lot of his military peers have posed in photos with people they’ve killed.

“He did one bad thing, that I am guilty of too, taking a picture with a body and saying something stupid and then texting that,” Hunter said.

KPBS requested an interview with Hunter but he has not made himself available.

Instead, his office sent a statement that read, “Congressman Hunter was simply trying to make a point in the Gallagher case is that almost everyone has a camera now on the battlefield. A lot of pictures are taken, some have pictures with the enemy involved, some do not. The larger context here is that the case against Gallagher is weak and the Navy prosecution has conducted itself shamefully throughout the process.”

Hunter is the first combat veteran from Iraq and Afghanistan to serve in Congress. During the podcast, he said his experience in the military is part of the reason why he decided to run for elected office.

He and his wife, Margaret, were indicted in 2017 on federal charges of illegally converting more than $250,000 in campaign contributions for personal living expenses. Both have pleaded not guilty and have their next court hearing scheduled for July 29. The trial is set for later this year. 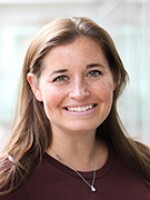 Lynn Walsh
Lynn Walsh served as a general assignment reporter for KPBS. Lynn previously worked at NBC San Diego where she led the NBC 7 Investigates and NBC 7 Responds teams. She also worked as data producer and investigative reporter for the E.W. Scripps National Desk, producing stories for the 30+ Scripps news organizations across the country. Lynn also worked as the Investigative Producer at WPTV, NewsChannel 5, in West Palm Beach, Florida. Lynn is an Emmy award-winning journalist and is a past national president for the Society of Professional Journalists.
Sign up for our newsletters!
Keep up with all the latest news, arts and culture, and TV highlights from KPBS.
LATEST IN PODCASTS
LATEST IN EVENTS
LATEST IN TV HIGHLIGHTS
More News