What will it take for Southwest Airlines to earn back the public’s trust?

Now that Southwest Airlines operations have returned to normal, the company is left picking up the pieces of holiday disruptions that could cost the company as much as $825 million and is set on making things right.

In addition to the countless apologies by Southwest CEO Bob Jordan, the airline is giving customers who were caught up in the epic meltdown 25,000 frequent-flyer points (a $300 value, the airline said).

But is that enough?

The airline canceled more than 16,700 flights between Dec. 21 and Dec. 31, according to a company regulatory filing on Friday. That means thousands of travelers were stranded during the holidays. These customers missed celebrations with family and friends and quite possibly work. Many say that’s something 25,000 points can’t replace.

KPBS wants to know if you were left stranded after your Southwest flight was canceled and how that affected you. Were you forced to miss work or family time? What other aspects of your life were impacted? What were the consequences, and what could the airline do to make it right? 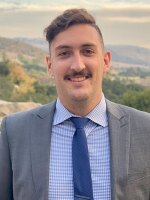 Brenden Tuccinardi
Brenden Tuccinardi is a web producer at KPBS. He is responsible for writing web stories, copy editing and updating the station’s website. Before joining KPBS Brenden was an assistant English teacher in Madrid, Spain. Prior to that he served as Editor in Chief of The Daily Aztec, San Diego State’s independent student newspaper.
See stories by Brenden Tuccinardi
Sign up for our newsletters!
Keep up with all the latest news, arts and culture, and TV highlights from KPBS.
LATEST IN PODCASTS
LATEST IN EVENTS
LATEST IN TV HIGHLIGHTS
More News