The United States will enhance its security forces in violence-ridden Baghdad, under a new plan agreed to by President Bush and Iraqi Prime Minister Nouri al-Maliki.

The move will combine U.S. military police with Iraqi police.

A Pentagon official says that 400 combat-support soldiers now in Kuwait will be heading into Iraq as part of the increased U.S. effort. Those support troops will likely "backfill" U.S. troops elsewhere in Iraq, who will then head into Baghdad.

There is no sense yet on what the total increase in U.S. troops in Baghdad might be, but there are estimates it could be as large as a brigade, meaning roughly 3,500 soldiers. 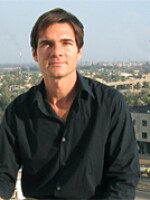 John Hendren
John Hendren began covering the Pentagon for NPR in November 2005. His reports can be heard throughout NPR News programming and newscasts.

Robert Siegel
Prior to his retirement, Robert Siegel was the senior host of NPR's award-winning evening newsmagazine All Things Considered. With 40 years of experience working in radio news, Siegel hosted the country's most-listened-to, afternoon-drive-time news radio program and reported on stories and happenings all over the globe, and reported from a variety of locations across Europe, the Middle East, North Africa, and Asia. He signed off in his final broadcast of All Things Considered on January 5, 2018.
Sign up for our newsletters!
Keep up with all the latest news, arts and culture, and TV highlights from KPBS.
LATEST IN PODCASTS
LATEST IN EVENTS
LATEST IN TV HIGHLIGHTS
Get ready to vote
What questions do you have about the Statewide General Election coming up on Nov. 8? Submit your questions here, and we'll try to answer them in our reporting.
Launch →
More News