Our music scout, Liz Bradshaw, tells us where the best music is in San Diego this weekend.

Liz Bradshaw is the curator at The Loft at UCSD and has worked in the music industry for many years.

This is a rush transcript created by a contractor for KPBS to improve accessibility for the deaf and hard-of-hearing. Please refer to the media file as the formal record of this interview. Opinions expressed by guests during interviews reflect the guest’s individual views and do not necessarily represent those of KPBS staff, members or its sponsors.

CAVANAUGH: Of all the concerts in all the venues in San Diego this weekend, Liz Bradshaw has chosen her two must see music attractions for you. Liz Bradshaw is the curator at the lost at UCSD, and has worked in the music industry for many years, and that's why you should listen to her! Hi Liz.

BRADSHAW: Hi, Maureen. How are you?

CAVANAUGH: I'm quite well. Let's start with inspired flight at the Casbah playing Casbah Friday. Why recommend this band?

BRADSHAW: So I first came across Inspire Flight probably about two years ago now, and they played at the Loft and they opened for this LA based female fronted and sexy trip-hop band called Bittersweet. So last year when I received an e-mail that they put together this new album, I was really intrigued, and I absolutely really love the album from the first listen. I don't think -- my personal opinion is that there aren't that many bands in San Diego with too much a similar sound to them. They remind me of artists on the Ninja Tunes record label that I'm a big fan of, and I think I've mentioned on the show before that I like the kind of hip hop trip hop live electronic kind of sound.

BRADSHAW: And they very much have that going on, producing kind of, like, multilayer genres. So yeah, I think they're a great local band.

CAVANAUGH: And I've been getting some attention. They were nominated for a San Diego music award last year. Are they growing in popularity?

BRADSHAW: Yeah, I think they're definitely being -- gang some momentum since their album came out last year, and in November of last year, they played in LA at, like, at least a thousand cap venue opening for a very well known electronic artist called Bonobo from the UK. They were invited it tour with another larger band like beats antique, they played some shows in Colorado recently. This past weekend they were up at the lightning in a bottle festival up in Orange County. Thievery Corporation, a bunch of other awesome bands were on that bill, and then they're heading up to a festival in Oregon later this month. So I think they're gaining momentum not only locally but nationally as well.

CAVANAUGH: Well, let's listen to them. Here is inspired flight. The plan.

CAVANAUGH: That's the plan by inspired flight, inspired flight plays the Casbah on Friday night. And we move to Bedouin sound clash playing at Fiesta del Sol this weekend. Liz, request you describe their sound for us?

BRADSHAW: I sure can, and I'm excited 'cause this is another band that I really -- and you know, I first came across them in, like, 2005 on this, and it was actually a late night punk radio show. And so they've heard them described as everything from kind of world pop reggae to reggae rock to reggae punk ska, and to be honest with you, I would probably agree with all of that. They're a three piece from the -- based in Toronto, Canada, they've been around since the early 2000s, and a really, really great live band.

CAVANAUGH: Well, let's listen to them E. This song is called when the night feels my song from the album by Bedouin sound clash called sounding a mosaic.

MAUREEN CAVANAUGH: That's when the night feels my song by Bedouin sound clash, and they're playing at the 32nd fiesta del Sol show, Liz. Remind us about this event.

BRADSHAW: Yeah, the event's up in Solana Beach, it's a completely free event that's happening all weekend. And like you said, it's the 32nd annual event, full of live music, arts and crafts, and international food, beer and wine garden, they have a green alley this year, they have a whole kids' section going on. So hopefully it'll be lovely weather in San Diego and a lot of fun.

CAVANAUGH: A lot of fun.

CAVANAUGH: We all hope for that. Fiesta dell sol takes place Saturday and Sunday in Solana Beach, and Bedouin sound clash plays on Sunday night. I've been speaking with Liz Bradshaw, curator of the loft at UCSD. Liz, thank you. 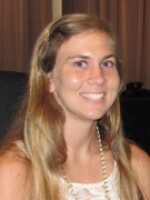 Jocelyn Maggard
Jocelyn was a production assistant for “KPBS Midday Edition." Her work focused primarily in arts and culture coverage. She helped produce the "Weekend Preview" segment heard every Thursday on “Midday Edition.” She has a passion for current events and politics and has produced some radio segments centered on local news. Jocelyn is originally from Mission Viejo California, she graduated from Point Loma Nazarene University in 2010. She hopes to continue producing, writing, and reporting in San Diego as a broadcast journalist.
See stories by Jocelyn Maggard

Angela Carone
Angela Carone covered arts and culture for KPBS and was the author of Culture Lust. Angela has produced public radio programs focused on the arts for the Atlanta and San Diego markets. In this role, she has covered topics ranging from books, film, theater, music, visual arts and pop culture. She also has more than 15 years experience in print media, having been published in various newspapers, alternative weeklies, and exhibition catalogs. Angela has degrees in political science from Pennsylvania State University and in English literature from Georgia State University. She is also a published photographer.
See stories by Angela Carone
Sign up for our newsletters!
Keep up with all the latest news, arts and culture, and TV highlights from KPBS.
LATEST IN PODCASTS
LATEST IN EVENTS
LATEST IN TV HIGHLIGHTS
Get ready to vote
What questions do you have about the Statewide General Election coming up on Nov. 8? Submit your questions here, and we'll try to answer them in our reporting.
Launch →
More News