So car salesmen had a lot less to do in recent months. But at least we can tell you that during the month of October overall there were more people working. At least that's according to the government's latest figures. The Labor Department released new numbers today showing the economy added 92,000 new jobs last month. But the real news was the big upward revision to the governments August and September figures. Here is NPR's Jack Speer.

JACK SPEER: The new employment figures for October out this morning are likely to be cheered by President Bush. The job gains in October weren't great but there were big upward revisions for August and September. Lynn Reiser(ph) is an Economist at Bank of America. She says those revisions are what economist are paying attention to.

Ms. LYNN REISER (Economist, Bank of America): I think it's a change in the labor market; also perhaps a lagging in the data from picking up some of these newer created jobs.

SPEER: The government's revision showed a 139,000 more payroll jobs added by the economy in August and September than originally reported. Reiser says that's in part because it's not so easy to count those who are self-employed. She says there are more of those workers than the report originally indicated. Also noteworthy was the drop in the employment rate.

Ms. WEISER: Big increase in jobs. Overwhelming the increase in the number of people looking for work, so we saw that significant drop in the jobless rate.

SPEER: The unemployment rate calculated at a separate survey fell two tenths of one percent to 4.4 percent, it's lowest level since April of 2001. Despite the good news, though, manufacturing and construction continued to lose jobs in October. Jack Speer NPR News Washington. Transcript provided by NPR, Copyright NPR. 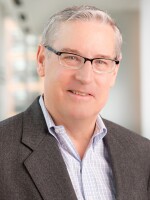