COVID and schizophrenia: Why this deadly mix can deepen understanding of the brain

Most of the time, the voices in Keris Myrick's head don't bother her. They stay in the background or say nice things. But sometimes they get loud and mean – like when a deadly pandemic descended on the world and shut down society as we know it.

"It's when things go really, really fast and they seem overwhelmingly disastrous. That's when it happens," says Myrick, who was diagnosed with schizophrenia 25 years ago. "The attacking voices were calling me stupid ... I literally had a meltdown right here in my house. Just lost it."

She was able to calm herself down and quiet the voices, and as the pandemic wore on, she kept them at bay by keeping busy: She works for a foundation, hosts a podcast and wrote a children's book. She was able to manage, but she worried about others like her.

"People with schizophrenia were not actually deemed as 'the priority vulnerable population' to be served or to be addressed in the same way as people who had other chronic health conditions and who were over a certain age," Myrick says. "So we kind of got left out."

This omission occurred even as new data published in JAMA Psychiatry showed that people with schizophrenia arenearly three times more likely to die from COVID-19 than the general population. Their risk of death from the virus is greater than for people with diabetes, heart disease or any other condition aside from age.

"People's initial reaction to this was one of disbelief," says Katlyn Nemani, a New York University School of Medicine neuropsychiatrist and the study's lead author.

Some researchers initially questioned whether the disparate death rates could be explained by the often poor physical health of people with schizophrenia, or because they have trouble accessing health care. But Nemani's study controlled for those factors: All the patients in the study were tested and treated, and they got care from the same doctors in the same health care system.

Then the other studies started rolling in from countries with universal health care systems – the UK, Denmark, Israel, South Korea –all showing the same findings: a nearly 3 times higher risk of death for people with schizophrenia. Amore recent study from the UK, published in December 2021, found the risk was five times greater.

"You have to wonder, is there something inherent to the disorder itself that's contributing to this?" Nemani asks.

The same immune dysfunction that's causing severe COVID in people with schizophrenia could also be what's driving their psychotic symptoms, Nemani says. This suggests schizophrenia is not just a disorder of the brain, but a disease of the whole body, she says.

Although researchers have been studying this theory already, the data from the pandemic sheds light on it in a whole new way, opening doors for new discoveries.

"This is a really rare opportunity to study the potential relationship between the immune system and psychiatric illness, by looking at the effects of a single virus at a single point in time," Nemani says. "It could potentially lead to interventions that improve medical conditions that are associated with the disease, but also our understanding of the illness itself and what we should be doing to treat it."

In the long term, it could lead to new immunological treatments that might work better than current antipsychotic drugs.

For now, advocates want the data about risk to be shared more widely, and taken more seriously. They want people with schizophrenia and their caretakers to know they should take extra precautions. Earlier in the pandemic, they had hoped to get vaccine priority for the population.

"It's been a challenge," says Brandon Staglin, who has schizophrenia and is the president of One Mind, a mental health advocacy group based in Napa Valley.

When he and other advocates first saw Nemani's data in early 2021, they started lobbying public health officials for priority access to the vaccines. They wanted the Centers for Disease Control and Prevention to add schizophrenia to its list of high-risk conditions for COVID, the same as it had done for cancer and diabetes.

But they heard crickets.

"It doesn't make any sense," Staglin says. "Clearly schizophrenia is a higher risk."

In several other countries, including England and Germany,people with serious mental illness were prioritized for vaccines from the very beginning of the rollout last February. In the U.S., though, it wasn't until people were gettingboosters in October of 2021 that the CDC finally added schizophrenia to the priority list.

"We were happy when that happened, but we wish there had been faster action," Staglin says.

It's always like this with mental illness, says Myrick.

As scientists learn more about the link between COVID and schizophrenia, and as the potential for pandemic-related research grows, Myrick and Staglin both say mental health must be more than an afterthought. 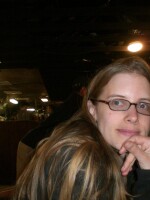 April Dembosky
April Dembosky is the health reporter for The California Report and KQED News. She covers health policy and public health, and has reported extensively on the economics of health care, the roll-out of the Affordable Care Act in California, mental health and end-of-life issues. Her work is regularly rebroadcast on NPR and has been recognized with awards from the Society for Professional Journalists (for sports reporting), and the Association of Health Care Journalists (for a story about pediatric hospice). Her hour-long radio documentary about home funeralswon the Best New Artist award from the Third Coast International Audio Festival in 2009. April occasionally moonlights on the arts beat, covering music and dance. Her story about the first symphony orchestra at Burning Man won the award for Best Use of Sound from the Public Radio News Directors Inc. Before joining KQED in 2013, April covered technology and Silicon Valley for The Financial Times, and freelanced for Marketplace and The New York Times. She is a graduate of the University of California at Berkeley Graduate School of Journalism and Smith College.
Sign up for our newsletters!
Keep up with all the latest news, arts and culture, and TV highlights from KPBS.
LATEST IN PODCASTS
LATEST IN EVENTS
LATEST IN TV HIGHLIGHTS
Election 2022: Live results
Explore all national, state and local returns now.
See results →
More News