GLORIA PENNER (Host): In Carlsbad there have been reports of numbers of children becoming seriously ill with cancer. As concern grows, people are looking for answers. KPBS reporter Amita Sharma is covering the story. Amita, what's causing so much concern about the potential cancer risks in this Carlsbad community?

AMITA SHARMA (KPBS News): Well, there have been 265 reported cases of cancer within a three-mile radius in Carlsbad. Fifteen children have been diagnosed with cancer; four of them have died within a particular neighborhood. At Kelly Elementary School in Carlsbad, several teachers have been diagnosed with cancer. Several more have had infertility problems and some of the fifteen children that I described for you, they attended Kelly Elementary School at one time. So people are worried. They believe that something in the soil, the air, or the water might be making them sick.

PENNER: Why would they point to those particular areas of soil, air, water?

SHARMA: Well it’s no secret that Carlsbad was once a heavy agricultural town. So there were tomato fields, flower fields, fruit orchards. And at that time to keep crops robust, very powerful pesticides were used. Pesticides like arsenic, pesticides like DDT, which are now banned. And so the thinking is that there are residual pesticides in the soil that are making people sick. Now, it should be said that when the school district has tested the soil because they’ve had to add onto a school or build a new school that there were pesticides found. In the case of Poinsettia Elementary School there was methane gas found. But in the case of Carlsbad High School they found arsenic, they found pesticides like dieldrin and chlordane. And they found them to a level that they had to be removed. What concern is there that the power plant that’s near the school…

SHARMA: There is concern.

PENNER: …will also be involved?

SHARMA: There is concern that the Encina Power Plant’s emissions might be making people sick as well as power lines. Now one – the parents of one of the children who died recently, Chase Quartarone, said that an autopsy was done of him after he died and that there were very high levels of metals found in his system. That he had something like 98% mercury in his system as well as 96% titanium. So there's a lot of speculation at this point. Parents are asking for answers now. They want the school district to test the soil.

PENNER: And what has been the response?

SHARMA: Well right now, everyone within government is saying we are in information gathering mode. And what they're doing, in fact, the County of San Diego plans to issue an alert to hospitals and doctors offices. To gather information to alert them whenever they have cancer cases that have any sort of connection to Carlsbad. So they're tracking data right now. In addition, the California Cancer Registry is looking at data from Carlsbad. I spoke with Dr. Thomas Mac, who’s doing this on behalf of the registry. He’s an epidemiologist and he says, look, it would be normal. One would expect Carlsbad to have had 5,000 cases of cancer over the last ten years. He does not think there's an issue.

SHARMA: Well, the president’s cancer panel recently issued a 200-page report. And in that, they said that environmental toxins pose a stronger hazard than believed and that they also say that there is a belief that a higher percentage of cancer deaths within this country are attributed to environmental toxins.

Hank Crook
Hank Crook was the producer for "KPBS Midday Edition" as well as Friday's "Roundtable on KPBS Midday Edition" and KPBS TV's "San Diego Week" until 2011. He produced shows about a wide variety of topics. Some of Hank’s favorite topics include: local politics, economics, the environment and anything sports-related. Hank graduated with a degree in journalism from San Diego State University, and has been a professional journalist in San Diego since 2003. As an SDSU student, Hank served as an intern for the KPBS Radio newsroom. Hank grew up in San Diego, and is an alumnus of Point Loma High School. When Hank is not at work, he likes to exercise, listen to music, hang out with friends and manage his fantasy sports teams.
See stories by Hank Crook 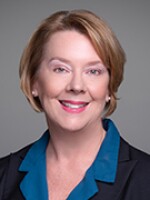 Natalie Walsh
As executive producer of news, Natalie oversees our local news programming and operations, including Midday Edition on radio, Evening Edition on TV, The Roundtable on radio and TV, as well as local news in Morning Edition and All Things Considered, and special projects like our election coverage. Natalie has been with KPBS since 1993. She launched the station's first nightly news program Full Focus, was senior producer of the long-running daily radio talk show These Days. Natalie earned a master’s degree in communications from San Diego State University, and a bachelor’s degree in political science from the University of Cincinnati. Natalie lives with her husband and daughter in San Diego and enjoys gardening and traveling.
See stories by Natalie Walsh

Gloria Penner
KPBS remembers Gloria Penner, Senior Political Correspondent and host of "KPBS Midday Edition- Roundtable" on Fridays at noon. Gloria was the host "San Diego Week" from 2008-2011 and also hosted the first hour of KPBS Radio's "These Days" from 1995 to 1999. She served as the host of KPBS TV's "Full Focus" from 2003 to 2007. Gloria first joined KPBS Television in 1969 as director of community relations. Subsequently, she oversaw production of television programs for nine years. From 1993 to 1995, she was the host and writer for "KPBS Weekend Edition," a locally produced television program featuring highlights from the MacNeil/Lehrer News Hour. National credits include reporting and producing assignments for "Nightly Business Report" and the "MacNeil/Lehrer News Hour." She played an active part in KPBS’ election coverage for 30 years. She has moderated scores of town hall meetings on candidates races and propositions for KPBS, "Envision San Diego," and the League of Women Voters. She conducted scores of interviews with congressional, state and local candidates; and reported for television documentaries on issues and candidates. Her awards include 7 Emmys, 5 Golden Mikes, 2 Gracies from the American Federation of Women in Radio and Television, The San Diego Press Club’s Harold Keen Award for excellence in journalism, the John Swett Award from the California Teachers Association, and many honors from the Society for Professional Journalists and the San Diego Bar Association. An annual Gloria Penner Award for Civic Service was established in 2003 by the League of Women Voters of San Diego County, and Gloria was the first recipient. Gloria earned her bachelor’s degree from Brooklyn College. She did graduate work in English at New York University and earned her Master’s Degree in English from Syracuse University. She started her radio career in San Francisco in the 1950s as an associate producer on a program called Housewives Protective League. Her first job in television came after a move to Washington, D.C. where she was associate producer of the Washington segment of the "Today Show." After a stint in Hawaii and a return to Washington, D.C., she relocated to San Diego and took a few years off for family life. Gloria is survived by her husband Bill Snyder of La Jolla; two sons, Brad Penner of San Diego and Steve Penner of Tucson, Arizona.
See stories by Gloria Penner
Sign up for our newsletters!
Keep up with all the latest news, arts and culture, and TV highlights from KPBS.
LATEST IN PODCASTS
LATEST IN EVENTS
LATEST IN TV HIGHLIGHTS