This is ALL THINGS CONSIDERED from NPR News. I'm Jacki Lyden.

The United Nations has enlisted the help of Libyan leader, Moammar Gaddafi, in its long running effort to stop the killing in Darfur. U.N. Secretary-General Ban Ki-moon met in Libya this weekend with Colonel Gaddafi who announced his country will host peace talks next month between the Sudanese government and various rebel groups.

Mr. ALI TREIKI (Minister in Charge, African Affairs, Libya): This is our chance now. And I don't think that world will tolerate it anymore, to the continuation of the situation, I think.

Mr. JAN ELIASSON (U.N. Special Envoy for Darfur): Being a mediator is a little bit like a person who brings horses to a waterhole. We can sometimes succeed in bringing them to the water hole but, in the end, it's they who have to decide if they are to drink or not.

LYDEN: NPR's Ivan Watson is in the Libyan capital of Tripoli and joins me now.

So Ivan, very interesting to hear these gentlemen together. What's going on? Is this a breakthrough?

IVAN WATSON: Not yet. Ban Ki-moon has said that getting a final settlement to the Darfur conflict is a number one priority for him. But today, here in Tripoli, he said he'd made credible progress on this African tour but added it's still way too early to talk of achieving anything concrete.

LYDEN: So what was the substance of this weekend's meeting?

WATSON: They're calling it a step. The main task now is for them to set up these peace talks that are scheduled to take place in Libya on October 27th. They're to be mediated by the United Nations and the African Union. And Ban Ki-moon said that Gaddafi had agreed to do everything possible to get all the rebel leaders from Darfur to that meeting. Another interesting note is Ban said that Gaddafi did not voice opposition to a proposed international peacekeeping force for Chad. Some of the conflict in Darfur has spilled over into neighboring Chad.

In the past, Gaddafi has opposed the proposed presence of non-African troops, saying that Africa needed African solutions to its problems.

LYDEN: So why is Libya doing this now, Ivan? Is it trying to change its role in the international community?

WATSON: I think the U.N. has a role in choosing to bring Libya in on this. One diplomatic source involved here said it was time to give credit where credit is due. Libya had a history of destabilizing its neighbors, even invading Chad at one point. But that seems to have changed since handing over its nuclear weapons program to the U.S. government in 2003. It's trying to take a less confrontational approach to international relations. It has already hosted two previous rounds of negotiations on Darfur. And the U.N. said that Libya was the only country that both the Sudanese government and many of the rebel groups agreed upon as a venue for these talks planned for next month.

LYDEN: So does Libya have influence to some of these rebel groups?

WATSON: Gaddafi has promised to do everything possible to bring all the rebels to the table. And he has some influence, Jacki, since some of the rebel groups actually have offices here in Libya. But that's going to be a challenge because one of the main rebel leaders whose name is Abdul Wahed Nur has already said he would not come. He skipped the last round of talks. He insists that the fighting has to stop before he will negotiate.

Today, in Tripoli, Ban Ki-moon, the secretary general, said that Nur had to accept reality and act like a leader and come to this meeting. Ban has also told the Sudanese president on an earlier leg of this tour that he must move for maximum restraint in Darfur and stop the aerial bombardment of Darfur.

LYDEN: So until the time of this conference in late October, then the U.N. and the Libyan leader are in concert as to what should happen?

WATSON: All well as the African Union and other regional players, I'm told. 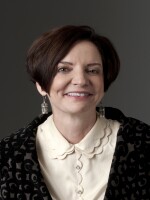 Jacki Lyden
Longtime listeners recognize Jacki Lyden's voice from her frequent work as a substitute host on NPR. As a journalist who has been with NPR since 1979, Lyden regards herself first and foremost as a storyteller and looks for the distinctive human voice in a huge range of national and international stories.

Ivan Watson
Ivan Watson is currently based in Istanbul, Turkey. Following the 9-11 terrorist attacks, he has served as one of NPR's foreign "firemen," shuttling to and from hotspots around the Middle East and Central Asia.
Sign up for our newsletters!
Keep up with all the latest news, arts and culture, and TV highlights from KPBS.
LATEST IN PODCASTS
LATEST IN EVENTS
LATEST IN TV HIGHLIGHTS
More News