It's been a week now since the government announced that spinach is safe again, but persuading Americans to eat it maybe a challenge. NPR's Snigdha Prakash reports on how the spinach industry is planning to overcome consumer fears of a contaminated crop.

SNIGDHA PRAKASH: Unidentified Woman #1: One person has died, up to 50 have been sickened.

PRAKASH: By the time the Food and Drug Administration lifted the national warning against eating prepackaged spinach, 192 people had taken ill. One had died.

GOODFRIEND: And this is really a dramatic message that must be overcome.

PRAKASH: Leafy greens have been blamed for many E. coli outbreaks over the past decade. But Caroline Smith DeWaal, Director of Food Safety at the Center for Science in the Public Interest, says this one was a watershed in consumer perceptions.

CAROLINE SMITH DEWAAL: Consumers understand now that some of the same hazards that we worry about on raw meat and poultry products can actually come in our houses on our fruits and vegetables.

THOMAS MASSA: Let's say, for example, someone has 500 acres of spinach that they were getting ready to plant. Before they plant that, they call their buyers, and when they say, no, why don't you just plant a 100 of those 500 acres, that's the indication that the purchasing is going to be reduced.

PRAKASH: The textbook on how to win back frightened customers was written in another safety crisis almost 25 years ago. Again, PR executive Gary Goodfriend.

GOODFRIEND: The PR crisis classic is that of Tylenol, and - which is still used in public relations courses all the time.

PRAKASH: Drug maker Johnson and Johnson's response to the deaths of seven people from cyanide-laced Tylenol in 1982 offers many lessons. The company was open and clear from the start in its communications with the public. And Goodfriend says it took substantiated steps to make Tylenol bottles much safer.

GOODFRIEND: What Johnson and Johnson did was develop the tamper-proof bottles that was designed to protect the consumers from any contamination, and you know, these bottles are still - still with us today, not only with Tylenol, with many other pharmaceuticals.

PRAKASH: Unlike Johnson and Johnson, spinach farmers haven't spoken with a single loud voice from the start of the crisis. In fact, the loudest voice in this crisis has been that of the government, which issued the initial health warnings and then and almost daily count of consumers who had taken sick. Thomas Massa of Western Growers believes the government's pronouncements can also resurrect demand for spinach.

MASSA: One thing we believe is that the consumer has great faith in the government, that when the government says it's over and it's safe to eat now, that people will start consuming it.

PRAKASH: But as much as they want the government's seal of approval, spinach growers have been unwilling to accept mandatory safety standards for how spinach is grown and processed. Instead, they are developing new, more stringent voluntary standards. Caroline Smith DeWaal, of the Center for Science and the Public Interest, says mandatory standards are essential to the industry's longterm health.

SMITH DEWAAL: It's the only way to ensure that all the growers are playing by the same rules. 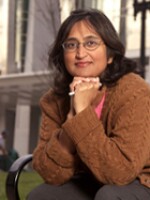 Snigdha Prakash
Pieces by National Desk reporter Snigdha Prakash can be heard on NPR's All Things Considered and Morning Edition. The majority of Snigdha's past reports have focused on topics related to entrepreneurship, business, banking and the economy.
Sign up for our newsletters!
Keep up with all the latest news, arts and culture, and TV highlights from KPBS.
LATEST IN PODCASTS
LATEST IN EVENTS
LATEST IN TV HIGHLIGHTS
Get ready to vote
What questions do you have about the Statewide General Election coming up on Nov. 8? Submit your questions here, and we'll try to answer them in our reporting.
Launch →
More News