Italian Band Soviet Soviet Denied Entry To The U.S., Jailed And Then Deported

Friday afternoon, the Italian trio Soviet Soviet posted a lengthy statement on Facebook explaining why it would not be keeping its U.S. tour dates this week and next: It had been deported.

The band, which is based in the city of Pesaro, landed in Seattle on Wednesday afternoon. It was traveling under ESTA (also known as the Visa Waiver Program), which allows citizens of nearly 40 countries to travel to the United States without having to obtain a visa.

Such visas are frequently used by bands coming to the United States when they only are slated to play unpaid showcases, as paid work while traveling on an ESTA is prohibited.

According to the group, its three members were carrying a letter from its American record label explaining that the musicians were scheduled to perform a number of "promotional," nonpaid performances in the U.S., including a live performance at member station KEXP in Seattle, as well as a showcase at the South by Southwest festival in Austin, Texas.

The band says that its three musicians were questioned for several hours, and "agents" (presumably U.S. Customs and Border Protection officers) denied them entry into the country. From the airport, the band says, the three were taken to a jail and held overnight before being escorted to a plane and sent back to Italy. The three say that they were treated "like criminals."

In its statement, Soviet Soviet says that the agents' refusal to permit the band's entry seems to have stemmed from the fact that the agents believed that the group needed work visas to enter the U.S., because two of the venues at which Soviet Soviet was slated to perform were going to charge audiences entry fees — even though the band says that its musicians were not going to earn any money while in the U.S.

This afternoon, KEXP published a short statement about the situation, saying:

"Yesterday, Thursday, March 9th, Italian trio Soviet Soviet were scheduled to perform live on The Morning Show on KEXP. Their sophomore album Endless was released on felte Records back in December, and with its dark, anthemic, post-punk sound, quickly became a favorite on the KEXP airwaves. Unfortunately, the in-studio — as well as their scheduled performances at Kremwerk, SXSW, and venues along the west coast — had to be canceled. ... KEXP sincerely hopes we'll be able to reschedule a session with the band in the near future."

It remains to be seen whether other musicians will face similar circumstances as they arrive at U.S. border points of entry in the coming days. This period is a particular pressure point as SXSW gets underway on March 13; nearly 600 foreign acts were showcased there during the 2016 festival. Just a week ago, the festival's organizers faced intense scrutiny over their contractual statements regarding international artists coming into the U.S. to play in Austin, which led to an official apology and a promise to revise SXSW's language.

Update, March 12 at 12:01 PM: On Friday afternoon, KEXP added an update to their post about Soviet Soviet, after the station contacted the Department of Homeland Security for commentary:

"UPDATE 3/10/2017 3:30 PM: When asked by KEXP for a comment, the Department of Homeland Security maintained the position that the band lacked the proper visa for entry into the United States. DHS did not immediately respond to a question as to whether the use of prison cells and handcuffs is standard operating procedure for musicians arriving without a proper visa.

UPDATE 3/10/2017 3:47 PM: The Department of Homeland Security has informed us of Customs and Border Protection policy:

When a traveler is deemed inadmissible, CBP makes every effort to return the traveler without delay. CBP does not have an overnight detention facility at the airport. Therefore, it is standard procedure for any traveler who is deemed inadmissible and is awaiting return travel to be taken to a detention center until return travel is available. According to CBP policy, it is standard procedure to restrain a traveler who is being transported to a detention facility. The use of restraints on detainees during transport is in a manner that is safe, secure, humane, and professional. It is the responsibility of officers to ensure that the need and level of restraints used is consistent with the operational office's policies and procedures. At no time are restraints used in a punitive manner or in a manner that causes detainees undue pain."

On Tuesday, prominent immigration attorney Brian Taylor Goldstein, whose practice is centered on working with artists seeking to tour the U.S., published a lengthy article advising international musicians about the current — and shifting — challenges regarding immigration policy under the Trump administration. Goldstein wrote:

"Given that the new Order specifically requires heightened vetting and screening of those 'who seek to enter the United States on a fraudulent basis', there is going to be even more scrutiny and less forgiveness than ever before with regard to artists attempting to enter the US on visitor visas (B-1/B-2) or through the Visa Waiver Program ('ESTA'). We are already receiving reports of artists being held and detained for hours upon entering the US to determine whether or not they are performing. Even artists entering as visitors for the purpose of attending a conference or 'performing a showcase' are being pulled aside and, in many cases, being refused entry. Artists entering with B-1/B-2 visas or through the Visa Waiver Program (ESTA) are being pulled aside the moment they say that they are 'entertainers', 'performers', or 'artists.' ... In short, an Immigration Officer has the unfettered authority and discretion to deny entry to any artist from any nationality for any reason. To what extent this authority will be exercised remains to be seen."

In a more hotly contested portion of his post, Goldstein also said that ESTA and visitor visas don't provide artists enough cover, even for unpaid work, and that their continued use by bands could spur serious consequences:

"Artists cannot perform on visitor visas (B-1/B-2) or through the Visa Waiver Program ("ESTA") regardless of whether or not they are being paid and regarding of whether or not tickets are sold. Except in the most narrowly defined circumstances, US immigration law has always defined "work" as it pertains to artists, as any kind of performance. Artists denied entry on the basis of fraud, will have a denied entry on their record, impeding future visas and travel."

Goldstein instead urged visiting bands to get "O" or "P" work visas designed for working entertainers. 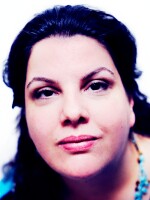