The Flaming Lips On World Cafe

For 30 years, Wayne Coyne of The Flaming Lips has been pulling musical ideas from his giant hamster ball, guiding his merry band through creative ups and downs. He's always busy, whether he's taking a year to let a new Flaming Lips album germinate or working just as energetically on a record with Miley Cyrus.

Coyne says there is a good reason he thrives in creative environments; it has to do with growing up in his house in Oklahoma City, where there was always something artistic going on. "The idea of being an artist and being in chaos at the same time — that is probably what made me want to be in something like The Flaming Lips," he says.

In this session, we feature live performances of music from Oczy Mlody, The Flaming Lips' album from earlier this year, and a conversation that covers the making of both that album and the band itself. 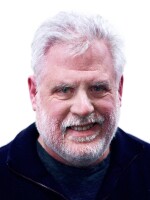 David Dye
David Dye is a longtime Philadelphia radio personality whose music enthusiasm has captivated listeners of World Cafe® since 1991. World Cafe is produced by WXPN, the public radio service of the University of Pennsylvania.
Sign up for our newsletters!
Keep up with all the latest news, arts and culture, and TV highlights from KPBS.
LATEST IN PODCASTS
LATEST IN EVENTS
LATEST IN TV HIGHLIGHTS
More News