KYIV — Explosions rang out across Ukraine's capital early Monday, a week after nationwide strikes rocked the city for the first time since June.

Volodymyr Grytsan was leaving the train station and talking to a friend when the drones buzzed low overhead. "Police started firing at it with assault rifles and machine guns and then it suddenly turned towards us and we ran underground," he said. People were leaping over security gates and running up escalators with their luggage, seeking shelter.

Mayor Vitaliy Klitschko said 18 people were pulled from the rubble of one residential building. Bulldozers could be seen driving past a police cordon that had been set up on the street. Smoke could be seen coming from at least two buildings.

"The enemy can attack our cities, but it won't be able to break us. The occupiers will get only fair punishment and condemnation of future generations, and we will get victory," wrote Zelenskyy.

Zelenskyy's chief of staff, Andriy Yermak, again called on the West to provide Ukraine with more air defense systems. "We have no time for slow actions," he said online.

Back in Moscow, Russia's Defense Ministry acknowledged carrying out what it claimed were "long-range precision strikes" against "military objects and energy systems" in Ukraine.

In his daily briefing, Ministry spokesman Igor Konashenkov insisted "all designated targets" had been hit and said Russian troops had thwarted attempts by Ukrainian forces to advance in both the Donetsk and Kherson regions. Both regions are parts of Ukraine that the Kremlin claimed to have annexed last month despite its forces not controlling either territory.

Many Kyiv residents, including some of NPR's Ukrainian staff, recorded videos of Ukrainian air defense systems firing at drones over the city.

Yermak said the drones were Shahed models, known for crashing into targets with explosive payloads. Ukraine estimates that Russia ordered 2,400 of the drones from Iran, a number that overwhelms Ukrainian air defense systems. As of 10 a.m. local time, Ukraine's Air Force claims to have shot down 11 drones. Klitschko said that 28 drones were detected in the Kyiv region on Monday morning.

Klitshchko posted a photo of shrapnel labeled "Geran-2," Russian's designation for the Iranian drones, but he removed the picture after commenters criticized him for confirming a Russian strike.

European Union foreign ministers are scheduled to meet Monday in Luxembourg. Before the meeting, Josep Borrell, the EU's top diplomat, told reporters that the bloc would look into "concrete evidence" of Iran's involvement in Ukraine.

Iran has denied supplying weapons to the war.

The renewed Russian assault came just days after President Vladimir Putin said he saw no need for more "massive" strikes against Ukraine — arguing a wave of attacks launched last week had hit most of their intended targets.

Yet there were suggestions that Monday's strikes were a response to a series of weekend rocket attacks on the Russian border town of Belgorod that local authorities have blamed on Ukraine.

A photo shared widely on social media showed a piece of a downed drone with the words "For Belgorod" written on it. Franco Ordoñez
Franco Ordoñez is a White House Correspondent for NPR's Washington Desk. Before he came to NPR in 2019, Ordoñez covered the White House for McClatchy. He has also written about diplomatic affairs, foreign policy and immigration, and has been a correspondent in Cuba, Colombia, Mexico and Haiti. 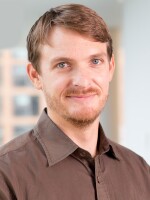 Nathan Rott
Nathan Rott is a correspondent on NPR's National Desk, where he focuses on environment issues and the American West.
Sign up for our newsletters!
Keep up with all the latest news, arts and culture, and TV highlights from KPBS.
LATEST IN PODCASTS
LATEST IN EVENTS
LATEST IN TV HIGHLIGHTS
Election 2022: Live results
Explore all national, state and local returns now.
See results →
More News