An Unforgettable 208-Second Flight Creates A Bureaucratic Frenzy In 'Sully'

You have to sympathize with the makers of Sully, director Clint Eastwood and screenwriter Todd Komarnicki. The focus of their story is Capt. Chesley "Sully" Sullenberger's aborted Jan. 15, 2009, flight, which lasted only 208 seconds. He flew out of New York's LaGuardia, hit a flock of geese, and made an unprecedented landing on the Hudson River, saving all 155 passengers and crew members.

There was more, of course. He and the flight attendants had to help get frightened passengers onto the wings, and the Coast Guard had to pick people up before they froze. But still: How do you get a suspenseful 90-plus minute feature out of a few minutes of action?

On the basis of the movie Sully, you manufacture a crisis out of a minor footnote. You turn the story of a man whose heroism was trumpeted by everyone on the planet into a story of government persecution.

The movie begins the morning after the event: Sully — played by Tom Hanks — is having a nightmare in which he crashes the plane. But his real nightmare is about to begin. The National Transportation Safety Board is out to prove he could have landed the plane safely at either LaGuardia or nearby Teterboro Airport in New Jersey.

Although newspapers declare him a hero and people he doesn't know hug him and weep, when he talks on the phone to his wife, played by Laura Linney, Sully worries he could lose his job, his profession and his reputation. She adds they stand to lose their house, too. Without his salary, foreclosure looms.

The principal agent of the NTSB is played by Mike O'Malley, who tilts his bald head toward Sully and wears a perpetual sneer. His sidekick is played by Anna Gunn, who was Skyler on Breaking Bad. She casts the occasional sympathetic glance Sully's way but is mostly just sad at the prospect of taking him down.

To prove their point, the NTSB devises computer simulations in which pilots in virtual cockpits work with the same set of variables as Sully had at the time. Those simulations don't look good for him.

In life, Sullenberger apparently was annoyed by those simulations. He had saved 155 souls; why would the NTSB second-guess him? But the filmmakers never make it clear that if the NTSB hadn't held hearings it would have been derelict. Turning the agency into a bunch of people bent on tearing Sully down makes for the clunkiest kind of melodrama. It's laughable. And it slots all too easily into Eastwood's attraction for scenarios in which heroic or extraordinary individuals are persecuted by government bureaucrats for ... well, just being extraordinary.

It's a shame, because maybe a third of Sully is really good. As a young man, Eastwood was a passenger in a military plane that went down in water, and he makes you feel the precariousness of a plane drifting left and right and losing altitude. He shoots those 208 seconds — as Sully figures his options while looking left over Manhattan and right over the Palisades — with the simplicity of a master.

And Hanks? Excellent. With his white hair and mustache, he disappears into the man. He has the ability to suggest he is thinking on-screen, and his calmness comes across as a state of grace. I recommend seeing the movie for him and those unforgettable scenes in the air — and putting up with the rest as the price for getting the miraculous flight of Sully Sullenberger on-screen. 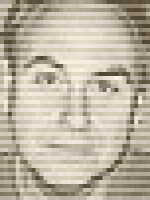 David Edelstein
David Edelstein is a film critic for New York magazine and for NPR's Fresh Air, and an occasional commentator on film for CBS Sunday Morning. He has also written film criticism for the Village Voice, The New York Post, and Rolling Stone, and is a frequent contributor to the New York Times' Arts & Leisure section.
Sign up for our newsletters!
Keep up with all the latest news, arts and culture, and TV highlights from KPBS.
LATEST IN PODCASTS
LATEST IN EVENTS
LATEST IN TV HIGHLIGHTS
Election 2022: Live results
Explore all national, state and local returns now.
See results →
More News