Those concerns were further emphasized by the release of an internal bulletin within federal agencies — on the same day as the Pelosi attack — warning of a heightened threat from domestic violent extremists in the coming weeks.

While troubling indicators — such as growing supportfor political violence, a rise in threats against elected officials and election workers, and the Jan. 6 assault on the Capitol — have clearly signaled the path of the country's political environment over the past two years, many see the current election cycle as a crucial test of how much those factors will affect the practice of democracy in the United States.

So far, no specific threats of targeted violence

While the internal bulletin warned federal agencies of a heightened threat period, it identified "lone offenders" as the most likely to commit violence, rather than organized extremist groups. It outlined a number of grievances that may motivate those actors, including debunked claims of widespread election fraud and polarizing social topics such as abortion and LGBTQ rights.

But the alert did not indicate that federal law enforcement is aware, at this time, of any specific plans for coordinated or targeted violence.

"It aligns very much with our own monitoring ... that there is concerning activity, concerning rhetoric out there," said Shannon Hiller, executive director of the Bridging Divides Initiative at Princeton University, which works to track and mitigate political violence. "But we're not concerned about safety and security on Election Day."

Hiller said she remains confident that on Tuesday, voters should be able to go to their polling places without fear.

"If we look back to 2020, we saw very little violence around Election Day itself," she said. "There was lots of preparation and has been even more preparation by government, non-government groups to ensure that that's the case this year again."

Still, early voting in some places has been fraught. In Arizona, armed civilians in tactical gear showed up at ballot drop boxes, ostensibly to monitor voters. The activities, which prompted claims of voter intimidation, have been encouraged by Republicans across the country since 2020.

One of them is Mark Finchem, the GOP nominee for Arizona secretary of state who has spread baseless claims of election fraud and who has encouraged his followers to monitor vote operations in their communities.

"You are responsible for maintaining your election — not me, you!" Finchem said at a rally last year, which began with those in attendance pledging allegiance to a flag that was at the U.S. Capitol on Jan. 6. "You need to be at the polls. You cannot leave this to someone else."

Those "citizen oversight" efforts are expected to extend to in-person voting and vote-counting too.

Ronna McDaniel, chair of the Republican National Committee, said recently the RNC had trained more than 30,000 poll watchers ahead of this year's midterms.

And likewise, election officials say they have seen an influx of poll workers and election monitors who think U.S. elections are stolen.

Carly Koppes, the Republican clerk of Weld County, Colo., told Colorado Public Radio that all 35 poll watchers she approved for the state's June primary had ties to election denial groups.

That can present a complicated situation. On one hand, having conspiracy-minded volunteers involved in the process can be a valuable chance to educate them on the way elections actually work.

But Spencer Overton, a voting expert at George Washington University, says it can also be a powder keg if those people are set in their beliefs that there is widespread fraud and they need to uncover it.

"It's not about service and it's not about volunteering; it's about political activism and vindicating an election from a couple years ago," Overton said. "That can result in real conflict."

Researchers say the days following the election may pose a greater risk of violence than Election Day itself, particularly in locations where vote counting drags on.

"What happens when people don't have their preferred candidate win?" said Oren Segal, vice president of the Anti-Defamation League's Center on Extremism. "They have seen that denial is a way forward, that you're able to create a community of conspiracy around that. I think violence is not that far behind."

They have seen that denial is a way forward, that you're able to create a community of conspiracy around that. I think violence is not that far behind.

Already, some influential voices on the right have said they're readying for contentious litigation around races that don't end up favoring Republican candidates.

Tape recently surfaced of former Trump lawyer John Eastman, whose involvement in trying to overturn the 2020 election has been a central theme of the Jan. 6 committee's investigation into the attack on the Capitol, encouraging a crowd in New Mexico to scrutinize their election officials and take detailed notes that can be used in future lawsuits.

"You are allowed to make a written record of anything you see not going on correctly," Eastman said, according to audio obtained by the watchdog group Documented. "That's called creating evidence."

Hiller, of the Bridging Divides Initiative, said she expects the field of locations where threats of violence are most pernicious to narrow fairly quickly. Her team is specifically keeping an eye on races in the swing states of Arizona, Pennsylvania, Wisconsin, Michigan and Georgia, where false claims of past election fraud have been embraced not just by many voters, but by some political leaders as well.

"They're [states] where there are senior leaders, specifically in the Republican Party, that are already calling into question the results of the election or have a history of advocating for violence or condoning violence around it," she said.

Nonetheless, Hiller is optimistic that institutions that have preserved the democratic process in the past will have the resources they need in the face of these threats.

"One of the stories of 2020 for me is that many of the fail-safes worked. The court systems were effective. A lot of the recounts that happened were incredibly effective. And folks were able to surge resources to those locations," she said. "So we're in for another election that's going to test those resources and that resolve."

Many are also watching closely to see what this cycle may portend for the next big one: the 2024 presidential election. Whether or not former President Donald Trump runs again, experts say the efforts around undermining democracy during the midterms could drastically affect what many perceive to be the even-higher-stakes race for the White House, calling it a "dry run" for 2024.

"What are people going to be allowed to get away with in terms of how they confront people at voting booths or polling stations, etc.?" Segal asked. "In that sense, perhaps that's what people mean by a 'dry run.' "

Additionally, the midterms will test whether local organizing of far-right groups around challenging voter rolls and vote counting, and increased presence as election workers, will bear fruit. If it does, those efforts would be expected to continue or ramp up into the presidential election cycle.

But as these strategies face a test during the coming weeks, so too do increased efforts around protecting the democratic process, said Hiller.

"Groups have been preparing day in and day out," she said. "Even if some small incidents occur, if there's someone in a polling place trying to purposely create issues, then I think that the vast majority of polling locations, of counting locations, are going to be really well prepared for that. There's been a lot of additional thought on how to make sure folks are supported with de-escalation skills."

Segal said it's critical that local and national institutions and leaders demonstrate in the coming weeks how they will navigate a supercharged political event.

"This should be a dry run for people who want to protect democracy," he said. "Our law enforcement, our governmental institutions, our leaders, this is a dry run for them to make sure that they're doing whatever they need to do to protect our democracy moving forward." 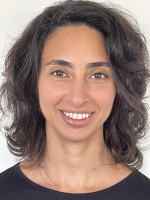 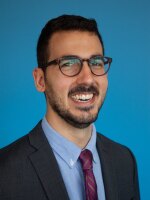