The new fall semester is bringing new opportunities for students on the Chula Vista campus of Southwestern College. A modern $66 million Performing Arts Center is now open. It was financed with bond money approved by local voters in 2016.

Mary Jo Horvath is a veteran dance professor who has taught at Southwestern College for 31 years. She is using her classroom studio to train and cultivate the distinct and diverse talent coming from the South Bay community.

“Some are coming in with Folkloric training, some with Polynesian training, belly dancing, Latin dancing and you’re going to have those same people in a ballet class, tap class or a musical theater class,” she said.

The new facility and improved resources are a boon for students and the community. Ninety percent of the college’s student population comes from historically minority and marginalized groups. Almost 70% of them are Hispanic.

Student Edwin Anthony Rodriguez wants to be a choreographer and maybe someday start his own dance studio. Professor Horvath’s class is a place to launch his dream and honor his heritage.

"English was not my first language, I learned Spanish first,” Rodriguez said. “I learned English by the time I was five. So I have a lot of Mexican background and I really appreciate it. I am a Latin dancer, so I can really get in touch with my roots.”

The first student production in the new space is an evening of two one-act plays that reflect the untold stories of the Filipinx American community. “The Fire In Me” and “Hand Under Hand” by Thelma Virata de Castro, with music and lyrics by Emily Rutherford, will play at the Performing Arts Center October 20-October 29, 2021.

Both the San Diego Opera and San Diego Symphony are in negotiations with Southwestern College to lease the space sometime in the future. 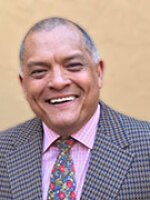 M.G. Perez
As a former special education teacher, I look forward to connecting with you and reporting on stories that often go underreported in education. #WeAreBetterTogether
See stories by M.G. Perez
Sign up for our newsletters!
Keep up with all the latest news, arts and culture, and TV highlights from KPBS.
LATEST IN PODCASTS
LATEST IN EVENTS
LATEST IN TV HIGHLIGHTS