Some of 2009’s finest musical work is finally making its way to the San Diego area.

Songstress Annie Clark, known as artist St. Vincent, will perform at the Belly Up Tavern in Solana Beach tonight, February 10th, with Swedish duo Wildbirds and Peacedrums providing the support.

St. Vincent’s 2009 sophomore effort, “Actor,” garnered high praise when album was released last spring and made its way to year-end top ten lists in December. The multi-layered, woodwind-infused tunes are punctuated by Clark’s wry sense of humor and use of sarcasm.

Even the title of St. Vincent’s first album, 2007’s “Marry Me,” was a joke. Clark admittedin an interview with Pitchfork that it was a direct reference to the Fox TV show, “Arrested Development.”

Last spring, Clark told NPR’s All Things Considered the sounds from a few tracks were inspired by Disney animated films and other cinematic classics. References to “Snow White and The Seven Dwarfs” and “The Wizard of Oz” are made throughout “Actor” adding more than a touch of whimsy. You can check her out for yourself. Tickets are available at bellyup.com cost $16 the day of the show. Doors open at 8:00 PM. 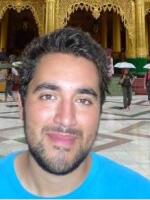 John P. Gamboa
Originally from a suburb of Sacramento, John came to San Diego State in 2005 where he has since been a student. As a double major in journalism and geography, John enjoys writing, research, procuring useless information, traveling and following the latest tech trends. After studying for a semester in the city-state of Singapore in spring 2009, John has since returned to SDSU to finish his last semester as an undergraduate.
See stories by John P. Gamboa
Sign up for our newsletters!
Keep up with all the latest news, arts and culture, and TV highlights from KPBS.
LATEST IN PODCASTS
LATEST IN EVENTS
LATEST IN TV HIGHLIGHTS
Election 2022: Live results
Explore all national, state and local returns now.
See results →
More News