Apple is making a big bet on three new iPhones to compete in a crowded smartphone market as the Cupertino-based company attempts to expand its brand appeal amid slowing sales. CEO Tim Cook showed off three new models Wednesday, including two with bigger displays. With fewer people upgrading their phones, Apple has been able to boost profits by making more expensive iPhones.

As more Americans head back to full-time jobs, the median household income is up. The U.S. Census Bureau announced Wednesday that household incomes were up by 1.8 percent, from $60,309 in 2016 to $61,372 in 2017. The Census numbers also show households are still earning essentially the same that they did before the 2007 Recession.

Related: US Household Incomes Grew In 2017, Yet Inequality Worsens

The latest campaign by the San Diego Regional Economic Development Corporation aims to develop talent locally in the region. The “Building San Diego’s Talent Pipeline” project will work on doubling the number of skilled workers in San Diego County to 20,000 annually by 2030. 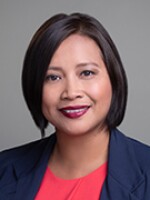