Munch's Masterpieces Said to Be Recovered

This is ALL THINGS CONSIDERED, from NPR News. I'm Robert Siegel.

A break in one of the world's most high profile art thefts. Today police in Oslo, Norway announced that they have recovered two paintings by Edvard Munch that were stolen two years ago and now it may be the thieves who are clapping their hands to their faces in horror.

It was a stunning robbery carried out at gunpoint in broad daylight. The thieves lifted the two Munch masterpieces, Madonna and The Scream, right off the wall and ran out of the Munch Museum with them.

Last May three suspects were convicted for their part in the robbery and today the news that the paintings had been recovered. Oslo police spokesman Bjorn Jorgensen(ph):

Mr. BJORN JURGENSEN (Police Spokesman, Oslo, Norway): We have investigated this case for two years and eight, nine days I think it is. And today in an ordinary police action we got the two pictures back. And we are happy and we are lucky.

NEARY: Police wouldn't reveal details of the investigation. They say experts will be called in to examine the paintings to ensure that they are the originals. Knute Forsberg(ph), chairman of Bloomquist Fine Arts in Oslo says that examination is really just a formality.

Mr. KNUTE FORSBERG (Bloomquist Fine Arts): I don't think that should be any trouble at all for the museum. They know them so well. They would see exactly that they're the right paintings. I don't think there's any doubt.

NEARY: Art experts will also carefully examine the paintings for any damage. But police say the damages appear to be minor and they hope the paintings will be ready for exhibition soon. The Munch Museum they return to will be very different, say Knute Forsberg. Security is now very tight.

Mr. FORSBERG: It's like an airport. You have to go through metal detectors and the most valuable paintings are behind bulletproof glass now. Which is a bit sad, of course. What was so nice about the museum, you could really get very close to the paintings and study them. That's history now.

NEARY: The theft of the paintings drew huge interest around the world. Oslo police spokesman Bjorn Jorgensen says he's been amazed by the international response.

Mr. JORGENSEN: People have had an interest in this case from almost every country in the world. In the Western world, in the Eastern world, there's a lot of interest for art. And that is very interesting to recognize. So art means something to us as human beings.

NEARY: The best known of the two paintings, The Scream, has been reproduced on everything from T-shirts to teacups and the iconic image apparently appeals to thieves. During the 1994 Olympics in Norway they stole another version of the painting from Oslo's National Museum. That painting was recovered shortly afterwards. 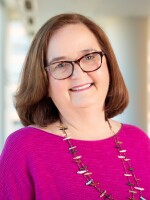