Why did the flu hit San Diego County so hard at the end of 2022?

So far, this flu season has been a doozy. By the time November was over, it might have felt like everyone you knew had the flu.

Local data on influenza cases in many ways backs up that feeling. San Diego County recorded more cases of the flu in 2022 than in any other year over the past decade, according to data from the county’s Health and Human Services Agency. What’s more:

“Usually people get the flu when they go to the East Coast over the holidays to visit their relatives and then bring it back to San Diego," Smith said. "That's what usually kicks off our flu season, and it usually lasts a couple of months. This flu season right now really did start quite early. I don't know why.”

Experts are still debating why the flu peaked so early, with theories ranging from decreased immunity due to COVID-19 and increased socializing to an earlier flu season in other parts of the world.

But one thing is clear, said Rebecca Fielding-Miller, an epidemiology professor at UC San Diego: people are interacting without masks far more than at any point during the pandemic. This has led to the increased spread of a number of viruses.

“In previous years, people were masking, people were being really conscientious about airborne spread of disease, people weren't gathering as much, especially in enclosed spaces, and this year is different,” Fielding-Miller said. “And so we're seeing this huge resurgence of the flu that we haven't seen in the last few years.”

She added that flu cases were so low the two prior seasons, that scientists weren’t able to fully study the effectiveness of the flu vaccines in those years.

Another factor driving the peak this season is kids being in school without masks. “Last year when we had such high levels of masking and kids were back in school in person for the most part, and we still didn't see this spread of flu,” Fielding-Miller said.

Another factor experts are still trying to figure out is whether COVID-19 alters the body’s immune system to make it more susceptible to other illnesses like influenza. UC San Diego’s Smith said it might.

“My thought is that it increases the activation of cells to be able to get infected for the flu,” he said. “It increases the susceptibility to the flu.”

Overall, the lack of widespread flu across the community in 2020 and 2021 could also make the broader population more susceptible now that our socializing has increased, he said.

“You can think of the community as a gas tank full of immune responses, and every year when flu season hits, it infects a whole bunch of people and if they live, they have lots of immune gas in the tank for our community,” Smith said. “So it fills it up every flu season and it wanes over the year when flu is not circulating. And then when the flu hits again, it fills the tank back up.”

But, he said, for the past two years, the tank has drained down to empty because so few people got the flu.

“So therefore, when flu hit this year and there was more social interaction and less masking that left more of our community open for infection and it really let it spread very quickly,” Smith said.

But Fielding-Miller said what might be true for a community isn’t true for an individual. Just because you didn’t get sick for a couple of years doesn’t mean your immune system is weaker. It’s not like a muscle that got flabby without exercise.

Still, the county’s flu numbers aren’t through the roof this year, and the peak in November was pretty typical compared to other pre-COVID years. This casts doubt on the theory that our collective immunity decreased during COVID-19, said Shane Crotty, an infectious disease expert at the La Jolla Institute of Immunology.

“There definitely was the concern that when people came back, would there just be a ton of extra infections? And my reading of the data is that, no, that hasn't happened,” Crotty said. “My bet was that it'd be a fairly average winter for a number of these diseases, but that the perception would be it's a really bad winter season because such a high percentage of the population is now on high alert right for respiratory symptoms.”

This season’s hospitalization rate for influenza-like illnesses has also been much higher than in the two seasons during COVID-19, but has stayed consistent with most seasons before COVID-19, according to the county data.

In the same week of November that the county’s cases peaked, the hospitalization rate was also the highest, with 11.4% of emergency department visits being for influenza-like symptoms. In 2017, that number reached 17.3%, but not until after Christmas. In the season before COVID-19, it hovered at around 10% in the first weeks of 2020.

Deaths so far are much lower — just 30 this season compared to 108 in 2019 and 343 in 2017. But the season is only have over and there can be a lag in reporting so the number may rise significantly.

Another note of caution when looking at case data is case counts could be higher this year because more people get tested when they’re feeling sick than they did before COVID-19, said Dr. Seema Shah, the San Diego County-Medical Director of Epidemiology and Immunizations Services.

Shah added that the season is not over yet. There may be another peak in the coming weeks that could add significantly to the county’s case count and hospitalizations.

Another question is whether a normal or large flu season will make next year’s flu season easier. That’s a difficult question to answer, said Smith of UC San Diego. For one thing, flu viruses are different every year and are hard to predict.

Going back to the analogy of exposure to flu viruses as filling the gas tank, Smith said the current season could possibly top us off collectively.

“There may be an increase in the amount of immune gas that we have in our community that will last us a little bit better for the next year and we might get into a more predictable cycle for our flu,” he said. “However, what I've noticed, if anything over the past two and a half years with COVID, is not to make predictions.’

There is one thing Smith said individuals can do to ensure their gas tank immunity is as full as possible: Get a flu shot.

Why did the flu hit San Diego County so hard at the end of 2022?
Related podcasts 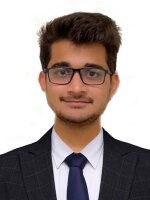 Prakshal Doshi
Prakshal Doshi is an investigative student assistant within the KPBS Newsroom. He has three years of industry experience as a software engineer from JP Morgan Chase.
See stories by Prakshal Doshi
More News