U.S. Waits for Virginia to Declare a Senate Winner 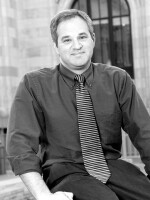 Adam Hochberg
Based in Chapel Hill, North Carolina, Adam Hochberg reports on a broad range of issues in the Southeast. Since he joined NPR in 1995, Hochberg has traveled the region extensively, reporting on its changing economy, demographics, culture and politics. He also currently focuses on transportation. Hochberg covered the 1996 Atlanta Olympics, followed candidates in three Presidential elections and reported on more than a dozen hurricanes.
Sign up for our newsletters!
Keep up with all the latest news, arts and culture, and TV highlights from KPBS.
LATEST IN PODCASTS
LATEST IN EVENTS
LATEST IN TV HIGHLIGHTS
More News