An Appeal from Apple's Jobs on Online Music

This past week, Apple CEO Steve Jobs posted a letter on the company's Web site calling for an end to digital rights management. Simply put, DRM is a series of locks put on music files to stop people from copying them and passing them on. Opening those locks would make life easier for consumers. But the DRM issue is a lot more complicated than that and NPR's Laura Sydell is here to help explain why.

Laura, I think we all need a little bit more information on DRM. Tell us more about it.

LAURA SYDELL: All right. What DRM is, it's the way that companies which own intellectual property like music protect it from being stolen. And that would include music, software or film. All of these things, when they're put in digital form, can easily be exchanged. So they put some kind of a lock on it or encryption that keeps people from stealing it.

HANSEN: Why does Steve Jobs then want record companies to get rid of it?

SYDELL: He thinks record companies should do away with it because nowadays if you own an iPod and you download music from iTunes, that music will only play back on your iPod or a few of your personal computers. If you own any other kind of music device, like say a Zune or a Zen, you can't play them on those devices. You can't play music from a whole host of other services on your iPod.

So in his letter on the Web site, Steve Jobs said consumers have a lot of choice, but it's also really inconvenient - different devices, each with different DRM protection.

HANSEN: So wouldn't that make it easier then to steal music?

SYDELL: Yes. If you get rid of it, it will make it easier to steal music. On the other hand, he pointed out that 90 percent of the music which is purchased which is on CDs doesn't have DRM, and so why should people have to have it every time they download a song?

HANSEN: So why the difference between the two formats?

SYDELL: Well, the difference has to do with the fact that CDs have been around for a long time, and so they didn't anticipate having the problems they're having now on CDs. And so CDs don't have it, and indeed, right now the music business is in trouble.

In fact, what the music business is saying - yeah, we made a big mistake with CDs. Had we known this was coming, we would've put DRM on it, but we didn't. And in fact, they've tried and they've come up with different devices. They had one where they put one on a Foo Fighters CD, and it was terrible.

People complained because all of a sudden they couldn't play their CD in different computers and in their car or, you know, various other places, and it downloaded this strange software onto their computers.

So if they could do it, they would. I mean, the music industry, their profits are down one-fifth this year over last year, and that - they say it's from piracy.

HANSEN: So is what Jobs really saying is that DRM, this digital rights management, it doesn't really stop music piracy?

SYDELL: He is saying it doesn't stop music piracy, and you know, despite what the music industry is saying about CDs, he has a point. There is one company that actually did a little test, and they gave people a file that was locked and, you know, a file that was unlocked, and they sort of checked what people would do with them.

And essentially they discovered that even if a file was locked, people would figure out - all it took was one person, right, to figure out how to break the encryption, the DRM, and it was all over the Internet.

So they're saying it actually doesn't make a difference, and that's also what Steve Jobs is saying, that whether you have DRM on something or not, people are going to do what they're going to do. So why make it so inconvenient for consumers?

HANSEN: How has the music industry responded to this?

SYDELL: They've said, No way, Jose. There is no way they are going to stop putting DRM on their music, and again, you know, I think for them, this is their bottom line.

Liane Hansen
Liane Hansen has been the host of NPR's award-winning Weekend Edition Sunday for 20 years. She brings to her position an extensive background in broadcast journalism, including work as a radio producer, reporter, and on-air host at both the local and national level. The program has covered such breaking news stories as the wars in Iraq and Afghanistan, the capture of Saddam Hussein, the deaths of Princess Diana and John F. Kennedy, Jr., and the Columbia shuttle tragedy. In 2004, Liane was granted an exclusive interview with former weapons inspector David Kay prior to his report on the search for weapons of mass destruction in Iraq. The show also won the James Beard award for best radio program on food for a report on SPAM. 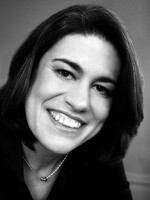