Sen. John McCain is letting a few members of the media look at his health records on Friday.

The 71-year-old presumptive Republican nominee for president has a history of the skin cancer melanoma and injuries from his days as a prisoner of war in Vietnam.

The last time the Arizona senator allowed reporters to examine his medical and psychiatric records was during his 1999 bid for the presidency.

NPR's Joanne Silberner is among a small group of reporters who will be allowed to view the medical files McCain's campaign is "releasing" on Friday at a posh resort outside Phoenix.

The campaign is not allowing the reporters to photocopy the records or remove them from the room where they will be on display. They will have three hours to review the documents and will not be permitted to make phone calls during that period.

After the three hours are up, reporters will be able to ask questions of McCain's doctors during an hour-long teleconference.

The records reportedly will cover the years 2000 to 2008. McCain's last recurrence of melanoma was in 2000, several months after his last bid for the presidency had ended. His left cheek is still puffy after an operation that year to remove the melanoma.

At the time, doctors said that the melanoma had not spread to the lymph nodes. When melanoma spreads, it decreases the chances for long-term survival.

The surgery was performed at the Scottsdale, Ariz., branch of the Mayo Clinic, which is adjacent to the resort where the records will be displayed.

McCain has repeatedly said that he is in excellent health and has nothing to hide. 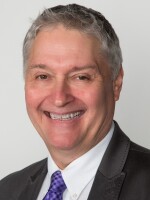 Joe Neel
Joe Neel is NPR's deputy senior supervising editor and a correspondent on the Science Desk.
Sign up for our newsletters!
Keep up with all the latest news, arts and culture, and TV highlights from KPBS.
LATEST IN PODCASTS
LATEST IN EVENTS
LATEST IN TV HIGHLIGHTS
Election 2022: Live results
Explore all national, state and local returns now.
See results →
More News