Possibly the most cherished veterans program in America is the GI Bill. Now the Bush administration has announced plans to turn over parts of it to private industry, and they'll do it just a few months before President Bush leaves office. NPR's Daniel Zwerdling has this report.

DANIEL ZWERDLING: The GI Bill has paid 22 million vets and family members to go to college or other schools since the end of World War II.

ZWERDLING: And government employees have run this program since the end of World War II.

Unidentified Announcer: Veterans Administration offices have been set up in every state. And it's here the ex-soldier goes if he wants to continue with education under the GI Bill of Rights, any kind of education and in any part of the country.

ZWERDLING: But now officials of the VA want private industry to replace those government employees. More precisely, officials say they want industry to design a computer system that will replace government employees. And veterans' advocates say on the face of it they're all for a better computer system. Sounds great. But they say this controversy is about a lot more than software.

Mr. PETER GAYTAN (Director, Veterans Affairs and Rehabilitation Division, The American Legion): The VA's been successful in administering the educational benefits since 1944. The American Legion questions why they feel they are incapable of doing that now.

ZWERDLING: Peter Gaytan helps run the American legion. They're traditionally one of the most conservative veterans' groups.

Mr. PETER GAYTAN: Why are they seeking to outsource a program to a private contractor who has no experience or understanding of veterans' educational benefits?

ZWERDLING: To understand why groups like the American Legion are worried, you need to know how the GI Bill works now.

ZWERDLING: Say, you're a vet, you served two tours in Iraq, and you want to go to college.

Unidentified Automated Operator: Welcome to the Department of Veterans Affairs Education Customer Service Office. If you are calling from a touch tone phone...

ZWERDLING: And as they will explain, you have to send in a detailed application, six pages of application. Then a government employee like Sophia Woronowicz will decide if you're eligible for GI benefits, and exactly how much money you deserve.

ZWERDLING: The VA has 850 employees like Woronowicz who work on the GI Bill. She's also a steward for the government employees' union. And she says it can take detective work to process a vet's application. Claims examiners might have to call the pentagon to get more information about where the vet served.

Ms. WORONOWICZ It all depends upon how convoluted each case is. In some instances, they may call the veteran themselves.

ZWERDLING: And the GI Bill is about to get more convoluted. Congress recently voted to give vets twice as much money as they used to, so they can go to better and more expensive schools. That will involve more paperwork and regulations. An official at the VA told me that's exactly why they've asked private industry to revamp the system. From now on a computer will instantly decide which vets are eligible and how much they should get.

Mr. KEITH PEDIGO (Associate Deputy Undersecretary for Policy and Program Management, VA): Our expectation is that the new IT solution will be sophisticated enough to eliminate the need for human intervention in most cases.

ZWERDLING: That's Keith Pedigo. He's an associate deputy undersecretary of the VA. And Pedigo says the new system will be better for everybody, especially vets.

Mr. PEDIGO: Presently, it takes us about 20 days to process an original claim from a veteran.

Mr. PEDIGO: But if you ask them if they would rather have it processed in one minute, my guess is most of them would opt for the one minute approach.

ZWERDLING: In fact, the administration said in a recent report that they've saved time and billions of dollars for taxpayers because they've asked corporations to do work like this all across the government. But veterans don't have to look far to find cases where private industry caused a disaster.

ZWERDLING: Back in 2003, the VA paid a prominent defense contractor to install another computer system. That one was supposed to track supplies in VA hospitals. Steve Nohlgren helped cover the fiasco for The St. Petersburg Times in Florida.

Mr. NOHLGREN: It cost them close to 300 million. and it never worked.

ZWERDLING: The federal government's own investigations found that the computer system caused so many problems that it threatened patients' health. Surgeons couldn't get the supplies they needed. They had to postpone operations.

Mr. NOHLGREN: At one point, people were actually buying their own surgical gloves just to have them. And morale was just completely shot until finally they dumped it.

ZWERDLING: The company never paid any fines, and it went on to become a major contractor in Iraq. But leaders at national veterans' groups remember that scandal. And they're wondering what might happen to vets who apply for the GI Bill if a private company runs that program. Rick Weidman's one of the directors of Vietnam Veterans of America.

Mr. RICK WEIDMAN (Director, Vietnam Veterans of America): Anything goes wrong. I'll tell you what will happen, and it's what always happens in these instances, is they'll say, well, it was not our job, it's the VA's. And the VA will say, we can't do anything, it's contracted out. It's the contractor's job. And that is baloney. The problem isn't the troops, the problem is the leadership.

ZWERDLING: And some veterans' advocates want to know why are VA officials keeping details about this deal secret? They've handpicked only a small number of companies to compete for the contract, and so far officials won't even reveal the companies' names. A congressional committee will ask for answers at a hearing later this week. Daniel Zwerling, NPR News. Transcript provided by NPR, Copyright NPR. 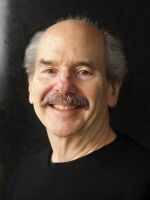 Daniel Zwerdling
Daniel Zwerdling is a correspondent in NPR's Investigations Unit.
Sign up for our newsletters!
Keep up with all the latest news, arts and culture, and TV highlights from KPBS.
LATEST IN PODCASTS
LATEST IN EVENTS
LATEST IN TV HIGHLIGHTS
Election 2022: Live results
Explore all national, state and local returns now.
See results →
More News