America's Orchestra: The Boston Pops At 125

Every year, hundreds of thousands of people gather at the Charles River Esplanade to hear the Boston Pops give its annual July 4th concert, and millions more watch it on TV. This year marks the 125th anniversary of the Boston Pops – the granddaddy of America's popular orchestras.

From the start, the idea was to make the Boston Pops feel different, not just in repertoire but in atmosphere.

Keith Lockhart, who has been conducting the Pops for the past sixteen years, says it was formed in 1885 by some of the Boston Symphony's early benefactors, who were looking to expand the symphony's appeal.

"Boston is the first city in the country to have had a public library," he says. "I think these very civic-minded people thought, 'How do we make this institution resonate with lots of people?'"

One way was to make the concerts a festive social occasion. From the beginning, Boston Pops concerts have served food and drink during performances. In fact, when Boston's Symphony Hall was built in 1900, one of its principal features was an elevator in the center of the auditorium, so the seats could be removed and tables put in their place.

When a 35-year-old viola player from the Boston Symphony, Arthur Fiedler, was hired to conduct the Pops in 1930, he turned it from a local phenomenon to a national icon. Fiedler embraced the technology of the day, says Lockhart. Their first recording, "Jalousie," by Danish composer Jacob Gade, was widely heard across the country.

"The Pops started recording in 1935, and it wasn't long before pretty much every Victrola in America had a Boston Pops recording on it."

Fiedler wanted the Pops to move beyond light European classics and present new American works. He hired Leroy Anderson, a young bandmaster from Harvard, to do arrangements for the Pops, then commissioned him to write some new pieces.

"He ended up being the American Johann Strauss, Jr., the ultimate American composer of light, perfectly crafted orchestral music," Lockhart says. "Much of his repertoire is still played to this day."

Fiedler used a winning formula for Pops concerts -- he started with light orchestral works in the first part, then moved to a concerto in the middle and finally arrangements of popular tunes in the third part. Arthur Fiedler’s son, Peter, says his dad wasn't a snob when it came to programming pop music.

"The fact that he took 'I Wanna Hold Your Hand' and had that arranged for the Pops was just brilliant. I mean it took off like a rocket."

The Pops quickly became a national brand, storming across the country on tour and appearing on the long-running PBS series An Evening at Pops. After Fiedler’s death, John Williams took over. Known to moviegoers as the composer of scores for Star Wars and Indiana Jones, he brought some Hollywood flair to the podium.

"Actually, I was very self-conscious about playing my own music in those concerts, and rarely did it in the '80s," Williams says.

Keith Lockhart says one of the most exciting events of every Boston Pops season comes on the Fourth of July.

"It's an amazing thing," he says. "It's more of sociological phenomenon than it is a musical event, but we are at the center of it. In the course of one concert, we play for a larger live crowd than all but two or three orchestras in the entire country play for over the entire year. This is five or six hundred thousand people. And the feeling -- just the incredible feeling about that many people gathered together to celebrate America’s birthday -- it's a huge, huge party." 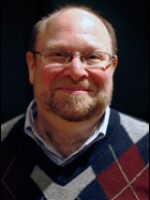 Jeff Lunden
Jeff Lunden is a freelance arts reporter and producer whose stories have been heard on NPR's Morning Edition, All Things Considered and Weekend Edition, as well as on other public radio programs.
Sign up for our newsletters!
Keep up with all the latest news, arts and culture, and TV highlights from KPBS.
LATEST IN PODCASTS
LATEST IN EVENTS
LATEST IN TV HIGHLIGHTS
Get ready to vote
What questions do you have about the Statewide General Election coming up on Nov. 8? Submit your questions here, and we'll try to answer them in our reporting.
Launch →
More News