Hundreds of active seniors are hitting the tennis courts in La Jolla this week. They're pursuing their passion for the game at the 40th National Hard Court Tennis Championship at the La Jolla Beach and Tennis Club.

Bill Kellogg is the great grandson of the club’s founder. He’s also the defending champion for the men’s 60s event.

“We have a great national championship in tennis for seniors. The best players in the country come out to play in this," he said.

Ninety-five-year-old Dorothy "Dodo" Cheney is playing in the 90-and-over singles event. A former Wimbledon contender, she's been hitting tennis balls since she was a little girl.

She said that each time a player wins a tournament, she receives a gold ball. She’s closing in on 390 gold balls, already holding the American record. Even so, she’s in it for the fun.

“It’s not how well you play, it’s how much you enjoy it,” she said at a recent practice.

"It's important to do any sport at all and keep it up for as long as you can. That exercise is so good for you. I’ve always loved it,” Dodo added. 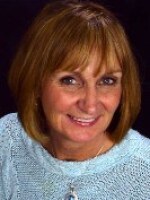