It may be hard to believe, but modesty was once considered a virtue. These days, of course, our world is dominated by people — and by expressions of pop culture — that keep telling you they're big and important. If you call a TV show "modest," it sounds as if you're saying that it's bland and unambitious, a loser in the great Squid Game of modern life.

So let me assure you that I'm not being dismissive when I praise the new HBO Max series Sort Of for its modesty. Centering on a gender-fluid Toronto millennial of Pakistani heritage, this eight-part Canadian comedy about identity is not self-important or in your face. Created by its star, Bilal Baig, and director Fab Filippo, this under-the-radar show flies by in 20 minute installments that are funny, tender and humane.

Baig stars as Sabi Mehboob, the nonbinary child of Pakistani immigrants who has long flowing hair, wears dresses and uses they/them pronouns. Still seeking a place in the world, Sabi has two part-time jobs — as a bartender at an LGBTQ bar and as a nanny for the mixed-race kids of a designer, Bessy (Grace Lynn Kung), and her narcissistic jerk of a husband, Paul (Gray Powell).

Sabi's about to move to Berlin with their best friend 7ven, who's also nonbinary, when Bessy gets in an accident and falls into a coma. Should Sabi still go? And what to do about Sabi's mother, who's grappling with the fact that her child hasn't become who she and her husband had expected?

Sort Of is akin to personal comedies like Girls, Fleabag and Better Things. Where classic sitcoms were wound tight to squeeze every possible laugh, these new shows are looser, less mechanical, more filled with feeling. They have time for the drift of daily life, be it 7ven and Sabi's loving banter or fights over Paul and Bessy's kids eating too much sugar. While Sabi's story is carefully structured — with a clear arc and niftily arrayed time-leaps — you never feel it forcing an agenda.

Nor is it edgily transgressive like, for instance, Lena Dunham's nude scenesthat broke taboos by showing an actual woman's naked body on TV screens. On the contrary, the show's at its worst in those rare moments when its style tries to be hip. Whatever radicalism Sort Of possesses is quiet, so quiet that some viewers may find it too tame, too — dare I say it? — Canadian. (Though one should never forget that Canada produced Joni Mitchell and David Cronenberg.) The show takes issues that are often used as hot buttons — gayness, trans life, racial difference, interracial relationships — and with decent, good sense treats them as an everyday, often funny part of life.

Sort Of is held together by the sweet-faced presence of Baig, a queer trans-feminine playwright and performer with a gentle charisma. Where Michaela Coel wanted to bowl you over with bravura in I May Destroy You, Baig low-keys it. Baig nails wisecracks by not hitting them too hard and lets the slightest shift of expression register the conflict between the longing to be personally free and a sense of responsibility for others. Sabi is blessed, or maybe cursed, with being nice.

Sort Of begins at a birthday dinner when Sabi's cute white boyfriend — who also has a straight girlfriend — accuses Sabi of not "seeing" him. He's just the first person to say this in a show where almost everybody feels that they're not seen for who they really are but are forced into rigid identities that don't really contain them. If Sort Of has a governing idea, it's hinted at in its title, which suggests that nobody is wholly one thing. Everyone is sort of this and sort of that and on their way to becoming sort of something else. 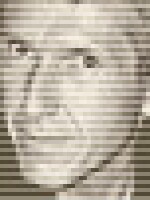 John Powers
John Powers is the pop culture and critic-at-large on NPR's Fresh Air with Terry Gross. He previously served for six years as the film critic.
Sign up for our newsletters!
Keep up with all the latest news, arts and culture, and TV highlights from KPBS.
LATEST IN PODCASTS
LATEST IN EVENTS
LATEST IN TV HIGHLIGHTS
More News