One sign that summer is nearing its end is the shuttered doors during the week of the historic carousel in Balboa Park. After generations of family ownership, the 107-year-old carousel was purchased in July by the Friends of Balboa Park.

Now, the nonprofit group has launched a $3 million capital campaign to cover the cost of the acquisition and renovation of the carousel.

RELATED: First Person: Balboa Park Carousel Operator Has Worked There Since He Was 16, Now He’s 60

Friends of Balboa Park hired a historic architect and found two regional carousel experts to do an assessment. Pat Caughey is chair of the oversight committee for renovations, refurbishment and future plans for both inside and outside the carousel.

“What we came up with was a list of areas that needed improvements – typical things like termites, painting, general maintenance,” Caughey said. “We talked about enhancements in terms of painting the outside; we put the banners up. So, we also have a long-term goal of really enhancing the area around the carousel to kind of tie it all together.”

Bill Brown has worked on the carousel since 1972 when he was 16 years old. He is in charge of routine maintenance and painting, which is an annual undertaking. The new owners plan to keep Brown on so that he can continue regular maintenance.

Friends of Balboa Park is considering creating some additional seating on the outside — adding shaded areas to create more comfort and to be used for special events at the carousel.

“We want to put a little money aside to really activate this whole area of the park – really bring back that throw-back look of a historical amusement ride area of Balboa Park,” Bolthouse said.

The purchase of the carousel is the largest undertaking for the nonprofit, which was formed 19 years ago to preserve the history and beauty of the park. The goal is to reach $3 million needed by 2020.

Saving A Balboa Park Treasure: The Carousel
One sign that summer is nearing its end is the shuttered doors during the week of the historic carousel in Balboa Park. After generations of family ownership, the 107-year-old carousel was purchased in July by the Friends of Balboa Park.
Economy 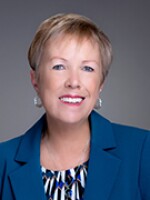 Sally Hixson
Sally Hixson is a native San Diegan who grew up in East County. She received a B.A. in journalism from San Diego State University in 1977 and started working at KOGO Radio one month before graduation. Since that time, she has had a varied career working in journalism, public relations, marketing, and advertising. While at KOGO Radio, she worked as an editor/producer. She has also produced and hosted a variety of travel and corporate videos for TimeWave, Inc. Hixson returned to SDSU to work on a master’s degree in mass communications. She recently received certification in digital marketing through SDSU's College of Extended Studies. Her greatest accomplishments are her twin sons, Brett and Kevin Buckalew, now 37, out of college, paying their own bills, and living in Hollywood, CA.
See stories by Sally Hixson
Sign up for our newsletters!
Keep up with all the latest news, arts and culture, and TV highlights from KPBS.
LATEST IN PODCASTS
LATEST IN EVENTS
LATEST IN TV HIGHLIGHTS