First Eyes Inside Nuclear Plant May Be A Robot's

Workers in Japan want to look inside three troubled reactors at the Fukushima Dai-ichi nuclear power plant. But intense radiation inside the buildings means that it is too dangerous for them to enter. One solution? Robots. They're good at going places where people just don't want to go.

"The purpose of robots is to do those dull, dirty and dangerous missions — so dangerous is certainly what we're talking about here," says Tim Trainer, a vice president at iRobot, an American firm that has sent four of its robots to the company that owns the Fukushima Dai-ichi nuclear power plant.

After a massive earthquake and tsunami struck the plant on March 11, operators lost power to the buildings that hold the reactors. In the ensuing days, three of them heated up and partially melted down. Explosions and fires that accompanied the accident have knocked out valuable equipment and left the area dangerously radioactive.

"A lot of the sensors and cameras are no longer operative in the facility, so the robot can provide your eyes and ears," Trainer says.

The robots Trainer has sent are designed to investigate bombs for the military, and some have been used in Iraq and Afghanistan. They look like little tanks and are about 3 feet long. On their front is an extra set of extendable treads, which they can use to get over things.

I would anticipate that we are going to see a phenomenal enterprise of remote work systems that are brought to bear over the weeks, months and years of recovering Fukushima.

"Both of them are very maneuverable — they both have the ability to climb over rocks and terrain and debris," he says.

That maneuverability could come in handy at Fukushima Dai-ichi — the area around the plant is cluttered with debris. The robots also come equipped with cameras and chemical and radiation sensors. One type has a robotic arm that can open doors — unless they're locked.

Once the robots get inside, they might use their cameras to inspect the condition of the containment vessels around the reactors or take samples to check the radiation levels.

But this is only the start of the role that the robots may play at Fukushima. Carnegie Mellon University robotics researcher Red Whittaker has assisted with robotic operations at nuclear accidents like Chernobyl. He says after that 1986 accident, at a nuclear power plant in Ukraine, radiation levels were too high for workers to conduct cleanup operations, so remote-controlled robots had to take over.

"The building around Chernobyl — that's sometimes called the sarcophagus — was put together by remote cranes that would lift and lower beams and tilt up walls, and by robots in the interior that would cut and dig," Whittaker says.

At Fukushima, Whittaker says, these scouting robots will likely be just the start. Especially given the Japanese aptitude for robotics, he expects a whole variety of different devices — for handling dangerous nuclear fuel, for example, or removing radioactive topsoil around the plant.

"I would anticipate that we are going to see a phenomenal enterprise of remote work systems that are brought to bear over the weeks, months and years of recovering Fukushima," he says.

Trainer says his crews are now working with the nuclear plant's employees, and assuming everything goes according to plan, the robots could enter the site in a matter of days.

Geoff Brumfiel is a reporter for Nature who has been covering the nuclear crisis. 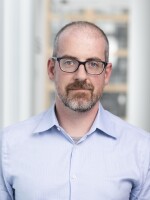 Geoff Brumfiel
Geoff Brumfiel works as a senior editor and correspondent on NPR's science desk. His editing duties include science and space, while his reporting focuses on the intersection of science and national security.
Sign up for our newsletters!
Keep up with all the latest news, arts and culture, and TV highlights from KPBS.
LATEST IN PODCASTS
LATEST IN EVENTS
LATEST IN TV HIGHLIGHTS
Election 2022: Live results
Explore all national, state and local returns now.
See results →
More News