By Maureen Cavanaugh / KPBS Midday Edition Co-Host,  Patty Lane / Producer,  Pauline Lucas / Production Assistant
Hiking enthusiast and author Jerry Schad passed away in September, his last hiking book has just been published. We talk to his widow Peg Reiter.
GUESTPeg Reiter, widow of Jerry Schad
Jerry Schad introduced an untold number of people to the breathtaking variety of trails and landscapes in San Diego. He wrote about them and he showed them to us in his Afoot and Afield series on KPBS TV.

In September, San Diego said goodbye to the man who loved the natural beauty of the area - and who couldn't resist enjoying it on walks around the county.

When he died of cancer earlier this year, Schad had just published what would be his final book about hiking, "50 Best Short Hikes - San Diego." We'll speak with his widow, Peg Reiter, about his legacy. 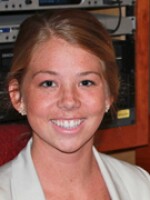