The Boom In Boom: Will Oil Spill Defenses Hold?

One of the major lines of defense against the encroaching oil slick in the Gulf of Mexico is boom. That's the kind of floating device that can soak up, contain and prevent oil from reaching beaches and delicate marshlands.

BP says millions of feet of boom have been deployed since the Deepwater Horizon oil rig exploded in April. But a number of local officials are questioning whether boom works -- especially in a spill as large as this one.

Cleanup experts say the two main types of boom are the best tools available to keep the oil at sea and off beaches and sensitive habitats.

Oil has saturated the fringes of the delicate marsh grasses in the Bay Cocodrie at the southwestern edge of Louisiana. Boat crews wear white protective Tyvek suits as they lay down endless stretches of special boom.

"This is absorbent boom; the white stuff looks like a long stuffed tube sock. ... It absorbs the oil and traps the oil by letting the water flow in and out," says U.S. Coast Guard Petty Officer John Miller.

Farther from shore, crews have placed miles of containment boom that's usually orange or yellow, Miller says. This type has a hard floating plastic top attached to a skirt that's designed to trap the heavy oil even before it gets close to land.

And on a calm day the boom stays in place and does its job.

But when the thunderstorms move in, waves easily crash over the booms, tear them apart and wash them onshore -- which only adds to fears, now that hurricane season has begun, that the booms will not withstand such storms.

Billy Nungesser, the president of Plaquemines Parish, says BP and the Coast Guard are relying too heavily on boom for the oil cleanup.

"The booms do not work," he says. "They're either overtopped or undermined; they're floating; in this weather today they are all washed up on the beach. So they're not working."

And Louisiana Gov. Bobby Jindal says BP hasn't hired enough people and doesn't have enough supplies to keep all the oil off so many miles of beach and marshland.

"There is not a person in the state of Louisiana that believes that either they have enough boom or they will deploy enough of it to keep this oil out of our wetlands. We have over 140 miles of wetlands that are oiled already," Jindal says.

[Boom] is effective within its capabilities and it should be used. It just has its limitations, and it's not going to stop all the oil.

Terry Adelsbach, a biologist with the U.S. Fish and Wildlife Service, says resources are stretched thin. When out on a boat recently, he saw tattered, tangled and broken boom that had washed up on a small bird nesting island near Grand Isle, La. He guessed the mess had been there for at least a few days.

"There is a bunch that has broken free and, yeah, we need to get this boom out of here and get some clean absorbent boom placed," Adelsbach says.

Boom is not going to be the ultimate fix to clean up an oil spill this big, says retired Coast Guard engineer Thomas Coe. After the Exxon Valdez spill, he was charged with staffing and supplying oil cleanup strike teams around the country.

"But it is effective within its capabilities and it should be used. It just has its limitations, and it's not going to stop all the oil," Coe says.

'The War Effort Against The Oil'

BP says it has already used more than 2 million feet of boom to date. And with tar balls and oil washing up on beaches in Alabama and Florida, the demand has manufacturers working around the clock, says JoAnne Ferris of the Industrial Fabrics Association International, a trade group that represents boom makers and suppliers.

But she says buyers at BP and the Coast Guard are not moving efficiently or fast enough to take full advantage of American suppliers.

"We need to get organized. It's almost the war effort against the oil. So we need to get a system going so that we can solve this thing," Ferris says.

BP officials insist there is no shortage of boom and that they have nearly half a million feet in stock. But contractor Steve Smith, one of BP's cleanup experts, admits he might not always have the right kind of boom available.

"The best boom in the world is the boom that you have. You can always want better, but what we have we are utilizing," Smith says.

And with a definitive fix to stop the gushing of oil from the Deepwater Horizon well still months away, BP will undoubtedly be utilizing more boom well into the summer. 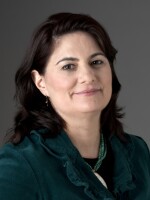