The power outage left millions across the Southwestern U.S. and Northern Mexico without electricity for numerous hours.

The Federal Energy Regulatory Commission (FERC) released a report Tuesday that confirmed that the loss of a single power line in Arizona was the cause of a massive blackout throughout the Southwestern U.S. and Northern Mexico. But the regulators said the energy grid should have been able to absorb the loss of that line.

Federal investigators concluded that the loss of the power line itself should not have caused the massive blackout.

The inquiry found that those responsible for planning, running and monitoring independent power systems across the Southwest U.S. did not know what was happening outside of their own systems. Further, they were unprepared to ensure that changes in outside electrical systems would not overwhelm their own.

Officials recommended that independent power operators across the southwest better communicate with each other and develop more reliable contingency plans.

Dave Nevius, a senior official with FERC, said utilities should learn from the massive outage so it won't happen again.

"This is a very complicated business," Nevius said. "And while as unfortunate as it is, it just points out that when we have an event like this we should learn as much as we possibly can and see that the improvements are made and I think this report will help immeasurably."

Daniel Froetscher, VP of Energy Delivery for APS, said they plan to make changes to avoid a repeat.

"I think we’re well positioned to turn around and improve from this experience and get better as we move forward," Froetscher said.

Mike Niggli, President & COO of SDG&E, says his utility has started the process of more transparency.

“I think the more important thing is we’ve already taken steps...to have more visibility into each of the systems that are connected together,” Niggli said.

Federal regulators explain part of their conclusions in the following statement:

"We’ve all heard that the outage began with a single 500 kV line, the Hassayampa to North Gila, tripping during maintenance work. That’s true. But the bulk electric system is required to be operated so that the loss of a single line, or the occurrence of any other single contingency, such as loss of a generator or a transformer, does not result in instability, uncontrolled separation or cascading. This is known as the “N-1” criterion. What happened on September 8 was that the system was not being operated in that manner. A single contingency occurred (the loss of Hassayampa – North Gila) and it resulted in instability, uncontrolled separation and cascading."

The blackout hit the region in late afternoon on Sept. 8, affecting about 7 million people in Southern California, Arizona and Northern Mexico. The loss of power snarled the evening commute and stranded numerous people inside of elevators.

It also caused many businesses to close and food at restaurants spoiled due to a lack of refrigeration. Some school districts canceled classes. Many customers did not get power restored until late in the evening or early the following morning.

Above is the full report, along with a summary of the regulators findings and a timeline of the events leading to the power outage. We will provide more details about the FERC report on the blackout and the reaction from local utilities as it becomes available.

Adrian Florido
Adrian Florido is a reporter for the Fronteras Desk where he covers the U.S.-Mexico border, immigrant and tribal communities, demographics, and culture. Before joining KPBS, he was a staff writer at Voice of San Diego. There he reported on San Diego neighborhoods, focusing on immigrant and under-served communities as well as development, planning, land use, and transportation. For a year, he delivered a weekly television segment on NBC San Diego. He's a Southern California native who moved to San Diego in 2009 after earning an undergraduate degree at the University of Chicago. He majored in history with an emphasis on the US and Latin America. In college he was news editor of the student paper, the Chicago Maroon, and also spent time reporting from Capitol Hill and working with the advocacy group Reporters Without Borders. He also likes to eat. A lot. And he likes to run to keep up his appetite. And he likes good music.
See stories by Adrian Florido 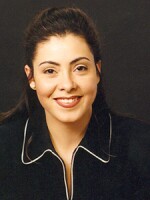