The law was pushed by Gov. Gavin Newsom and passed by the state legislature last week. It creates new multi-billion-dollar funds with fees paid by utility customers that San Diego Gas & Electric and other utilities can tap to pay for wildfire costs.

Newsom says the fund is needed to keep the utilities from going bankrupt after big wildfires and protect ratepayers from skyrocketing costs.

In January, Pacific Gas and Electric, California’s largest utility, filed for bankruptcy protection. The company is facing tens of billions of dollars in potential liability because its equipment could have caused some of the state's most devastating wildfires in recent years, including last November's Camp Fire, which killed more than 80 people and destroyed the town of Paradise in Butte County.

“The rise in catastrophic wildfires fueled by climate change is a direct threat to Californians," Newsom said in a statement following the law's passage. "Strengthening our state’s wildfire prevention, preparedness and mitigation efforts will continue to be a top priority for my administration."

The suit, filed by Aguirre and his partner Maria C. Severson in U.S. District Court in San Francisco, calls the law an unlawful gift of public funds that violates both the U.S. and California constitutions.

"[The law] violates the due process rights of electric utility customers, would impose unjust and unreasonable rates upon them ... and authorizes unlawful gifts of public funds," Aguirre and Severson said in a statement sent to media outlets. 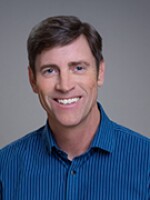 David Washburn
David has been KPBS' Investigations Editor since 2019. David has been practicing the art and craft of journalism for 25 years, always with an emphasis on investigative and explanatory news. He first came to San Diego in 2000 to join the San Diego Union-Tribune’s I-team. While at the UT, David produced award-winning stories on San Diego’s high rate of officer-involved shootings, corruption involving contractors in Iraq, and misuse of donor funds at the local Red Cross. In 2008, he joined Voice of San Diego, the pioneering local nonprofit news start-up, as a senior reporter and assistant editor. During his time there, David wrote and edited investigative pieces on San Diego City Hall, the local biotech industry, and charter school operators. He left VOSD in 2009 to help launch Voice of OC, an Orange County-based nonprofit newsroom. For eight years David supervised a team of staff writers and freelancers focused on investigating Orange County government and politics. Most recently, he’s worked at EdSource, a nonprofit newsroom focused on statewide issues in education. He produced an in-depth series on chronic absenteeism in rural school districts. Early in his career, David worked as an assistant producer for Dateline NBC. He earned a B.A. from the University of Missouri School of Journalism.
See stories by David Washburn
Sign up for our newsletters!
Keep up with all the latest news, arts and culture, and TV highlights from KPBS.
LATEST IN PODCASTS
LATEST IN EVENTS
LATEST IN TV HIGHLIGHTS
More News