Cultural Picks For The Month Of May

With the electric May Day behind us, there’s no doubt that the month of May has much to offer on the arts and culture front. It’s wild to think that the year is nearly halfway over, but it’s also just beginning. Amidst the craziness of Tupac returning in hologram form and a super-Moon emerging on Cinco de Mayo, the world still keeps moving on. Don’t miss out on all this month has to offer, as a cusp between spring and summer.

Laura and Kate Mulleavy, the sister-design-duo behind Rodarte, have created much buzz for their “Black Swan” costume designs as well as their general popularity with the 30-something, young Hollywood crowd. The sisters return again to design costumes for L.A. Opera's performance of Mozart's "Don Giovanni," debuting on May 18. The initial sketch for the opera's female lead, Donna Anna, looks like a work of art in itself and one can only imagine these designs fully realized—the fabric possibilities are endless!

Margot and the Nuclear So and So’s

Margot and the Nuclear So and So’s (or “Margot” for short), has been a favorite of mine for years with their angsty and loud Indiana sound. When I first saw Margot in the Bay Area, they were an eight-piece band using trashcan lids and briefcases for percussion. They’ve since downsized, but are as wild as ever. There’s something enchanting about Margot that was particularly evident during their La Blogotheque San Francisco session. Don't miss them here in San Diego, where they play The Casbah on Friday, May 25.

“Bachelorette” premiered this year at Sundance and is already drawing comparisons to “Bridesmaids.” The film, starring Kirsten Dunst, Lizzy Caplan and Isla Fisher, follows three friends who are invited to be bridesmaids in the wedding of a girl they bullied in high school. Now that the world is suddenly re-realizing that women are funny, I can’t wait to see what this comedy trifecta has in store. No doubt, endless catch-phrases and hashtags will be born.

I was able to survive high school because of Bright Eyes, the ever-changing band led by front man Conor Oberst. Oberst transformed in many ways and was criticized by many, but I always stuck by him. One time, he even said “hello” to me in the Midway Target. All personal anecdotes aside, Oberst’s other band, the rowdy Desaparecidos, announced a reunion tour earlier this month. Though they only released one album in 2001, "Read Music/Speak Spanish," their cult following is still strong. I can't wait to see them later this summer in Omaha, where it all began. It truly brings new meaning to the phrase “getting the band back together.”

The podcast series WTF with Marc Maron is one of the more clever treats I’ve stumbled upon. Maron, a stand-up comedian, interviews various comedians and personalities in his Silverlake garage. The hour-long podcasts develop in a free-form discussion of topics including interviewees' careers and memorable stories from the road. Donald Glover and Michael Cera were quite interesting interviewees, while Aubrey Plaza and Molly Shannon provided tragic and eerie personal anecdotes. Rumor has it that Maron has an IFC show out next year, for which I can’t wait.

“Ruby Sparks,” starring real-life couple Paul Dano and Zoe Kazan, is a new film that is something like “Weird Science” meets “Stranger Than Fiction.” Dano plays a novelist with writer’s block who ends up falling in love with his fictional female character, Ruby Sparks (Kazan). Sparks is born into existence and becomes a greater metaphor for the magic of love itself. From the same directors as “Little Miss Sunshine,” I can only imagine a quirky love story with an equally pleasant soundtrack. (The film won't be out until July, but until then you can view this trailer.)

Marina Abramović: The Artist Is Present

Performance artist Marina Abramović has long caused a commotion in the art world with her over-the-top antics (think full nudity, body paint, aggressive moves). Some have called her the “grandmother of performance art,” with the contemporary art parody film “(Untitled)” mimicking some of her signature pieces. "The Artist Is Present" focuses on Abramović’s preparation for a major retrospective of her work at the Museum of Modern Art in 2010. With tears, outbursts and uncertainty, I can’t wait to see how the film encapsulates Abramović’s retrospective. Performance art exists in the moment and only in that moment—I can say this honestly after arriving late to an Abramović performance in San Francisco once, ultimately missing the piece itself.

The Athens-bred boys of Reptar released their latest album “Body Faucet” earlier this month and the sweet sounds are powerful enough to give glimmer to the gloomiest of days. Each song, with driving beats and bouncy tones, makes dance parties seem possible all day long. I can imagine how fun it would be to see Reptar live—plus, what’s not to like about a band named after a “Rugrats” character?

HBO’s newest series “Girls,” the latest project by one of my idols, Lena Dunham, received much criticism and deep-analysis before it even aired nearly a month ago. While some critics praised the show, others found it non-representative of all types of girls, hinting at “hipster racism.” After the pilot I was hooked and still am. Dunham conveys the angst of being a 20-something, which is more difficult to capture: the confusion of texting, the reality of being an unpaid intern as well as all the hilarious and unreal moments of hitting rock bottom in between.

Last month, “Titanic” was released in 3-D to commemorate the 100th anniversary of the ship's sinking. And 15 years later, the film still delivers on new levels, even in spite of its various parodies and pop-cultural sound bites. A new exhibition at the San Diego Natural History Museum lets you explore the true stories of those on the ship complete with photographs and artifacts. “Titanic: The Artifact Exhibition” runs through September 9. 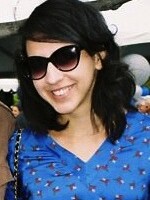