Luis Posada Carriles is in US custody today, but authorities aren't saying where. Posada, a Cuban exile, is accused of plotting a number of attacks, including an airline bombing in 1976 that killed 73 people. He's been hiding in the US for two months and was arrested at a friend's house yesterday in Miami. Cuban President Fidel Castro has criticized the Bush administration for harboring a terrorist. But in the Miami Cuban community, Posada is still very much a hero. NPR's Laura Sullivan reports.

Here in Little Havana, the heart of the Cuban exile community, almost everyone is talking about Luis Posada Carriles. It's on the radio, at the lunch table and at sidewalk cafes that serve bitter shot-size cups of Cuban coffee. Most people here say Fidel Castro is a terrorist and Posada a freedom fighter.

SULLIVAN: Like many of the Cuban exiles here, Francisco Portina fled his homeland decades ago when Castro came to power.

Mr. PORTINA: He's a hero for us because he fight for Cuba. And Castro is against the Cubans, and Posada Carriles is for the Cubans.

SULLIVAN: But for the Bush administration, the situation isn't so clear. President Bush has said the United States will not harbor terrorists. That's exactly what Castro is accusing the US of doing.

SULLIVAN: Michael Coppola is also a Cuban exile and also a staunch supporter of Posada. Posada petitioned for political asylum in the United States after sneaking back into the country in March. Authorities say they were unable to locate him until his arrest yesterday. Both Cuba and its ally, Venezuela, are demanding Posada be extradited.

Mr. COPPOLA: Whatever we do is going to be wrong. If we don't return him to the other people, says, `Well, they have a double standard in fighting terrorism.' If we return him, we're doing something wrong because actually he wasn't--legally he was never found guilty, and he is going to be executed.

SULLIVAN: For Posada, the US is a familiar home. He spent almost a decade acting as a clandestine agent for the CIA during the Cold War. Several newly declassified documents from the CIA and FBI appear to bolster the charge that Posada was closely involved in the 1976 airline downing. But few Cuban exiles believe that is true. For some, like Julio Fernandez, what's more important is not caving in to Castro.

Mr. JULIO FERNANDEZ (Cuban Exile): There are going to be a lot of people that think he's a great guy. Probably there are a few that are going to think, `Well, was he really involved in what the accusations have been?' Well, I certainly hope that they are not going to deport him. That would be ridiculous.

SULLIVAN: US officials have only a few choices: Turn him over, hold him here or send him to be prosecuted perhaps in another country. Officials acknowledge there are few countries willing to take him. Homeland Security spokesman Russ Knocke said the department is reviewing the situation and assessing Posada's immigration status.

Posada's benefactor and longtime supporter Miami developer Santiago Alvarez said he spoke with Posada last night and said he sounded like he was in good spirits. Posada told him he was being held in a Louisiana jail.

SULLIVAN: Posada's attorneys say they are in the process of refiling paperwork to request political asylum. Immigration officials, meanwhile, have until tomorrow at 2 to determine his immigration status, the first step in a long process that will eventually decide what will become of Luis Posada. Laura Sullivan, NPR News, Miami. Transcript provided by NPR, Copyright NPR. 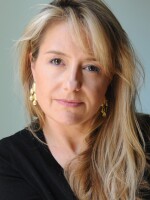 Laura Sullivan
Laura Sullivan is an NPR News investigative correspondent whose work has cast a light on some of the country's most significant issues.
Sign up for our newsletters!
Keep up with all the latest news, arts and culture, and TV highlights from KPBS.
LATEST IN PODCASTS
LATEST IN EVENTS
LATEST IN TV HIGHLIGHTS
More News